WW1 memorial soldier statue, commemorating the Royal Fusiliers in the City of London. In the 100th year after WW1 started, a detail of a war memorial soldier's head and shoulders, a hero in the City of London remembering those killed in the First World War, lost in the trenches and the fields of Flanders from 1914-19. Dedicated by the City of London, the UK capital's financial and historic heart, the statue represents a lost generation when the nation's youth sacrificed their lives in the 20th century's first great conflict. The inscription says that their names will live for evermore. 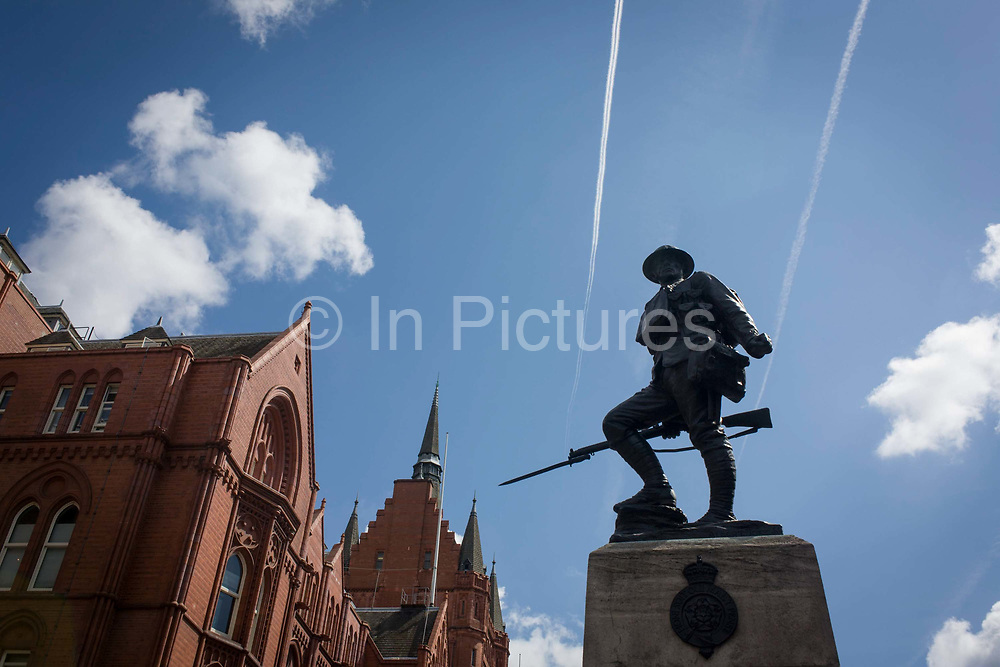