How many black and favela peoples bodies deaths does it take to make an Olympics banner protest at the Brazil-Germany football match, live site Praca Maua. Thousands of Brazilians and some foreigners watched the Brazil vs Germany Olympic football final match in Praca Maua, on the Olympic boulevard, Rio de Janeiro, celebrating Brazis victory, in what could be regarded as a revenge match after Germany beat them 7-1 in the same Maracana Stadium in 2014. 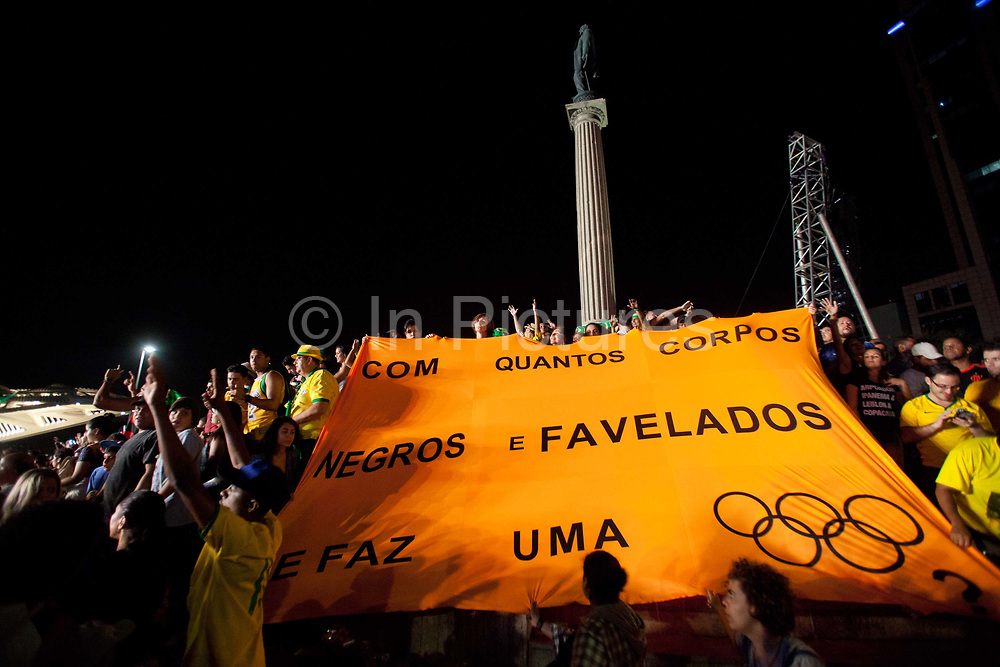