City workers relax during lunchtime outside St Botolph's Church Hall. Originally an infants' school, St Botolph's Church Hall stands in the churchyard of the Church of St Botolph-without-Bishopsgate. The entrance to the hall is flanked by two Coade stone statues of a schoolboy and schoolgirl wearing 19th century costume. The original Saxon church, the foundations of which were discovered when the present church was erected, is first mentioned as ‘Sancti Botolfi Extra Bishopesgate’ in 1212. St. Botolph without Bishopsgate may have survived the Great Fire of London unscathed, and only lost one window in the Second World War, but on 24 April 1993 was one of the many buildings to be damaged by an IRA bomb. 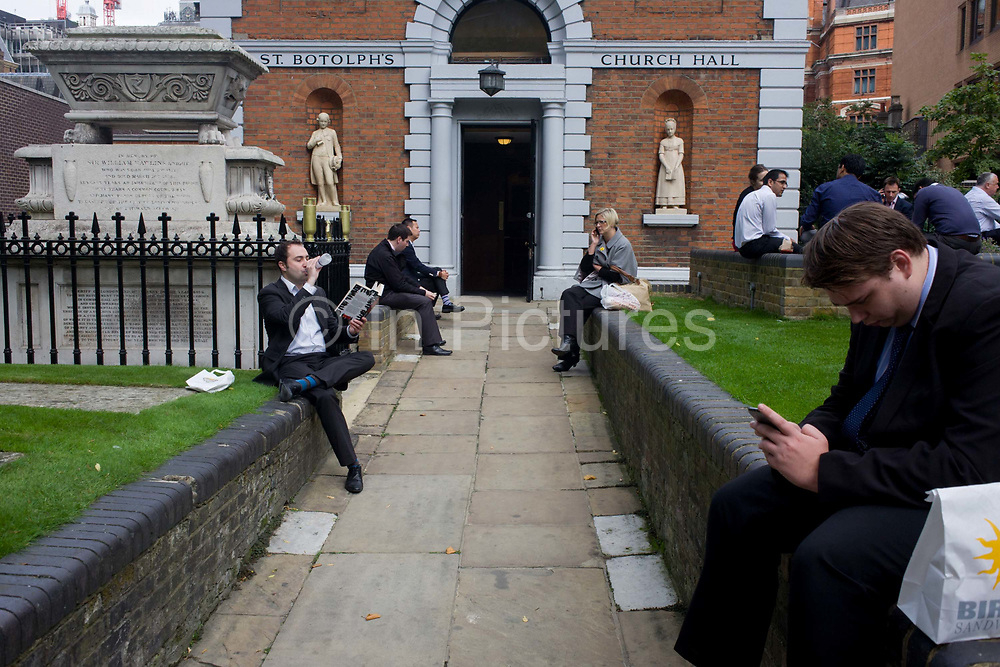