The Thames Festival 2011, photo by Barry Lewis. The Festival celebrates London and the iconic river at its heart - the Thames - by dancing in the streets, feasting on bridges, racing on the river and playing at the water's edge..The festival ended with a firework display which packed a massive pyro punch, sending over a ton of fireworks up in a spectacular display from the centre of the Thames by internationally acclaimed pyrotechnic experts Pains Fireworks, winners of the Montreal International Fireworks Competition..The history of Pains Fireworks has been rooted in London for over 400 years. Edmund Pain started gunpowder manufacture in Woolwich in 1593. From 1806 Pains Fireworks has been creating public displays in the capital and opened the first modern firework factory in Mitcham in Surrey in 1872. 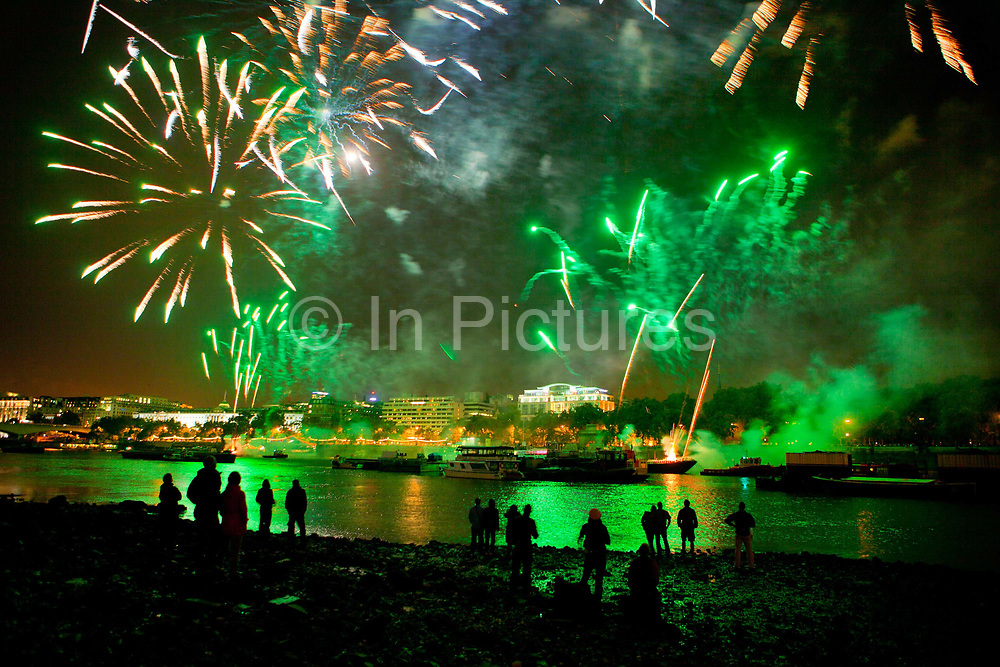