British schoolchildren on a daytrip to the capital enjoy a chance encounter with guardsmen at Horseguards on London's Whitehall. Gathering around the two troops, they talk to the caucasian man rather than the smaller man of afro-caribbean descent, both wearing the scarlet uniform tunics of the British Household Cavalry. This regiment is classed as a corps in its own right, and consists of two regiments: Life Guards (British Army) and the Blues and Royals (Royal Horse Guards and 1st Dragoons). They are the senior regular regiments in the British Army, with traditions dating from 1660. 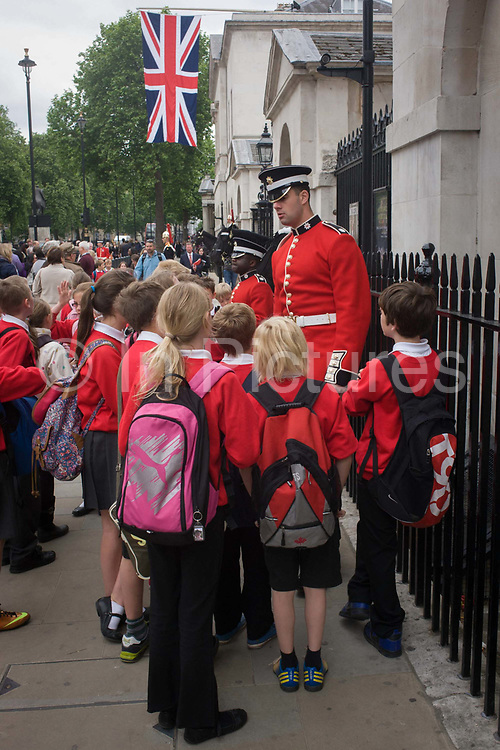