A male passenger is asleep with his mouth open, leaning his head on a bus window as it passes the background pillars of the Bank of England in the financial district City of London. On the exterior of the bus are the words: "We've got to get this city to work," an advertising slogan used by London Transport to seduce commuters from their cars and back on to public transport which is one of the most expensive world capitals on which to travel by bus, train or underground. This style of bus is a traditional design called a 'Routemaster' which has been in service on the capital's roads since 1954 and is nowadays only seen on heritage routes such as these destination: Victoria, Bond Street, Oxford Street, Holborn and Bank (the Bank of England). From any angle, the bus is easily recognisable as that classic British transport icon. The City of London has a resident population of under 10,000 but a daily working population of 311,000. The City of London is a geographically-small City within Greater London, England. The City as it is known, is the historic core of London from which, along with Westminster, the modern conurbation grew. The City's boundaries have remained constant since the Middle Ages but it is now only a tiny part of Greater London. The City of London is a major financial centre, often referred to as just the City or as the Square Mile, as it is approximately one square mile (2.6 km) in area. London Bridge's history stretches back to the first crossing over Roman Londinium, close to this site and subsequent wooden and stone bridges have helped modern London become a financial success. 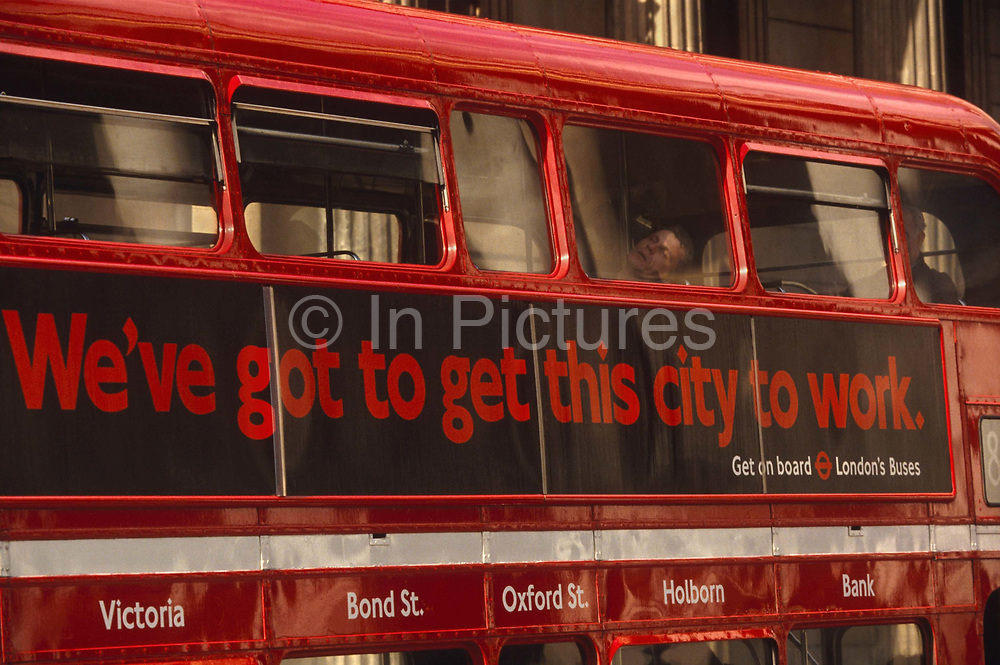