Two crewmen aboard the US Navy aircraft carrier USS Harry S Truman sit on a fire vehicle on the ship's deck. Wearing red signifies that they are part of a crash and salvage team who respond to emergencies and fire hazards and so wear flame-retardant and anti-flash clothing material. Ordinarily they are responsible for making safe and towing (‘doing the bow dance’) $38 million F/A-18s fighters round the deck of the Navy’s newest aircraft carrier, here on coalition patrol somewhere off Kuwait in the Arabian Sea. The Truman is so called after the US President who was in office from 1945 to 1953. Picture from the 'Plane Pictures' project, a celebration of aviation aesthetics and flying culture, 100 years after the Wright brothers first 12 seconds/120 feet powered flight at Kitty Hawk,1903. 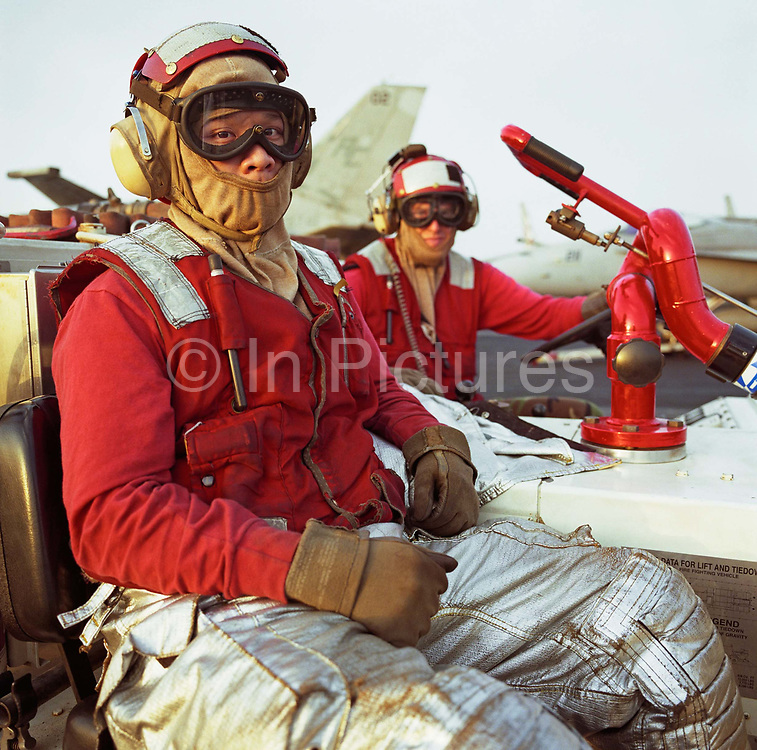