Police horses in riot gear are deployed as scuffles break out in The City of London along New Fetter Lane as students march through central London to protest against rises in tuition fees and changes to higher education. The police were out in force as thousands of students marched through central London. Some 4,000 officers were on duty, as demonstrators marched peacefully in a protest against higher tuition fees and "privatisation" in universities. The police estimated that about 2,000 people took part in the demonstration. 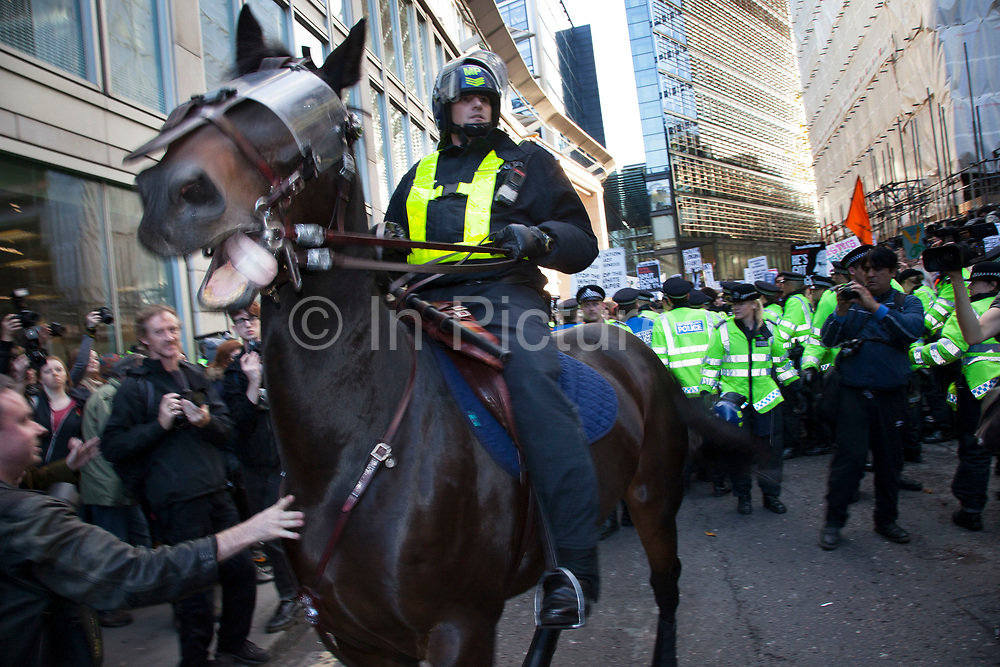