Businessmen walk past the pillars of the Bank of England through high-intensity reflected light from a nearby plate glass on Threadneedle Street in the City of London
Threadneedle Street is famous as the site of the Bank of England; the bank itself is sometimes known as 'the Old Lady of Threadneedle Street' and has been based at its current location since 1734. The etymology of the name Threadneedle Street is possibly from the Anglo-Saxon thread, meaning "to prosper". Other theories, however, include that it originated as Three Needle Street (first attested in 1598), perhaps from a signboard portraying three needles, or from the three needles on the arms of needle-makers who had premises on the street. The threads and needles used by the members of the Worshipful Company of Merchant Taylors 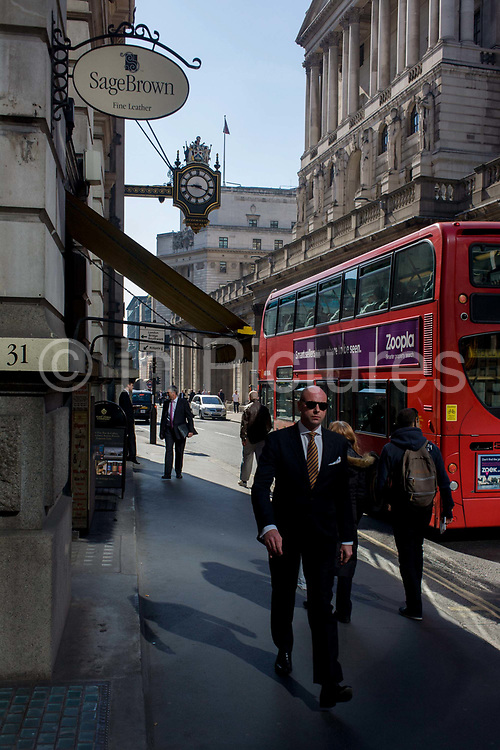