During the Cannes Film Festival, we see a group of women taken from a very low angle , posing in bikinis and revealing swim wear for a frenzy of photographers on La Croisette, Cannes' sea front in the French Riviera resort, Cote d'Azur. One blonde girl is looking down into the camera while we see only the hips, arms, and legs of the others as they parade their bodies in front of the media who are grouped tightly together with cameras and a sound microphone. Young women publicising movies or just themselves regularly strut along the beaches and pavements of this French town. The weather is typically bright for May with clear skies and high temperatures. Cannes is a major tourist centre and a leading resort on the French Riviera. Located in the Alpes-Maritimes région, Founded in 1939, the International Film Festival is one of the world's most prestigious and eccentric of celebrations of film and the cinema industry. 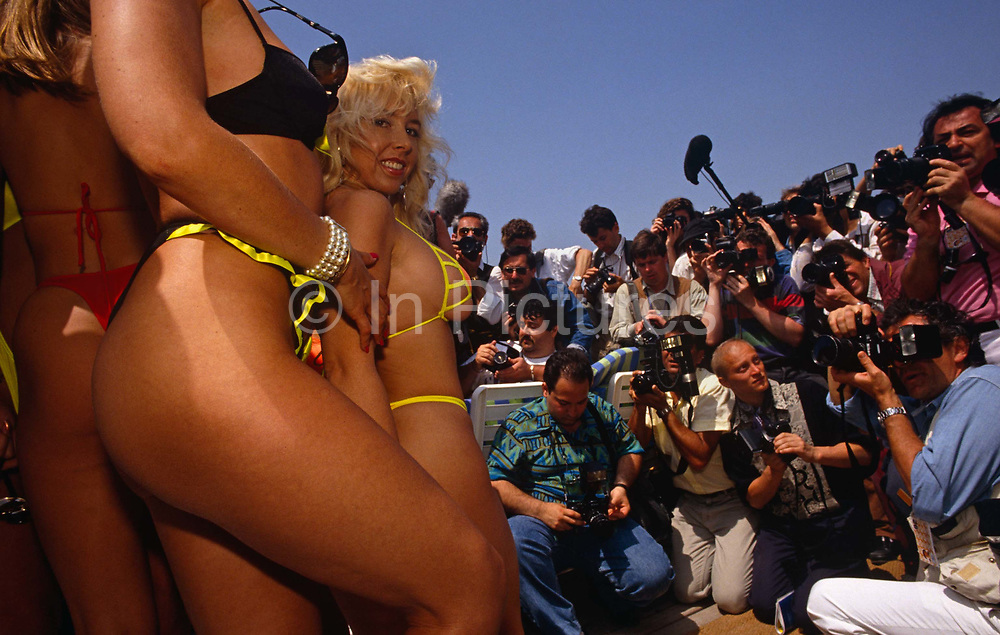