The last ever copies of tabliod newspaper News of The World being held by two street performers dressed like Queen Elizabeth II. Sunday 10th July 2011 saw the end for this most famous of newspapers. Embroiled in the phone hacking scandal, this News International paper had approximately 7 million readers at the time of it's demise. On the cover of this, the final edition, with examples of previous journalistic success the headline simply read "Thank You & Goodbye". 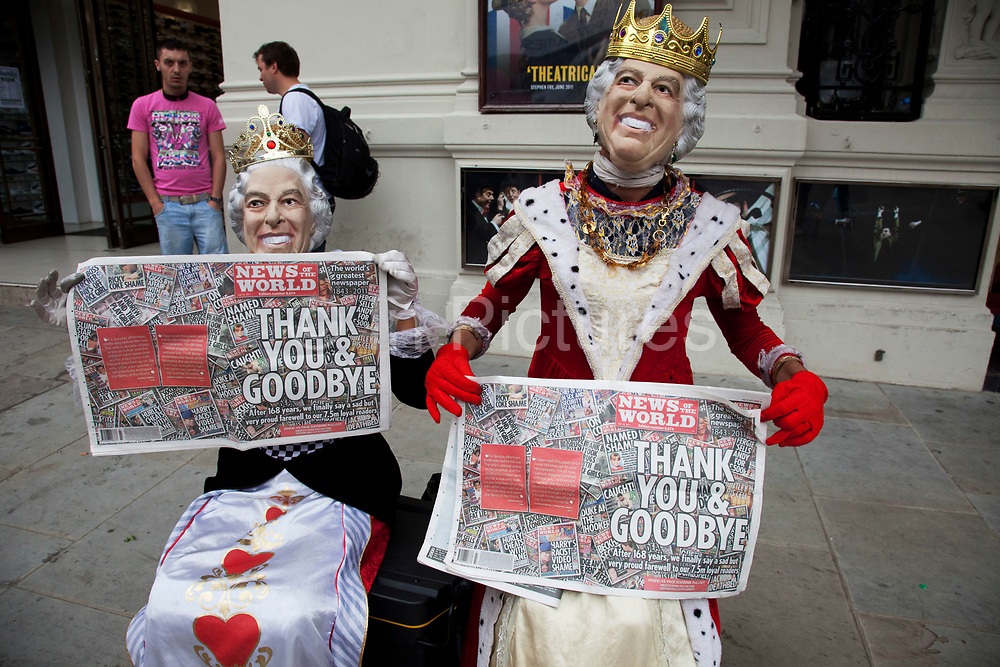