Steven P. Murphy, chief executive officer of Christie's International, bows after he cuts a ribbon after announcing Christie's very first mainland China auction in Shanghai, China September 23, 2013. Both Southeby's and Christie's have opened an office in Mainland China in the past year, however they face overwhelming odds as China's state-owned auction houses such as Poly and Jiamu enjoys a near monopoly over China's art procurement market as foreigners are not allowed to buy vaguely defined "historical" art. 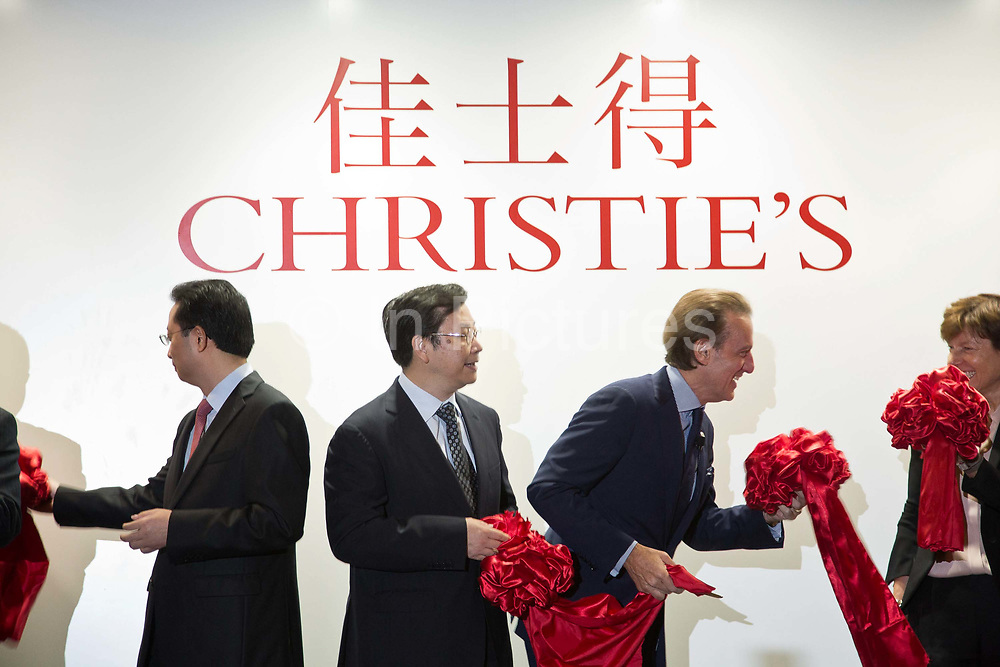