Dinosaur sculptures in Crystal Palace in London, United Kingdom. The Crystal Palace Dinosaurs are a series of sculptures of dinosaurs and other extinct animals, incorrect by modern standards, in the London borough of Bromleys Crystal Palace Park. Commissioned in 1852 to accompany the Crystal Palace after its move from the Great Exhibition in Hyde Park, they were unveiled in 1854 as the first dinosaur sculptures in the world. The models were designed and sculpted by Benjamin Waterhouse Hawkins representing the latest scientific knowledge at the time. The models, also known as Dinosaur Court, were classed as Grade II listed buildings from 1973, extensively restored in 2002, and upgraded to Grade I listed in 2007. The models represent 15 genera of extinct animals, not all dinosaurs. They are from a wide range of geological ages, and include true dinosaurs, ichthyosaurs, and plesiosaurs mainly from the Mesozoic era, and some mammals from the more recent Cenozoic era. Today, the models are notable for representing the scientific inaccuracies of early paleontology. 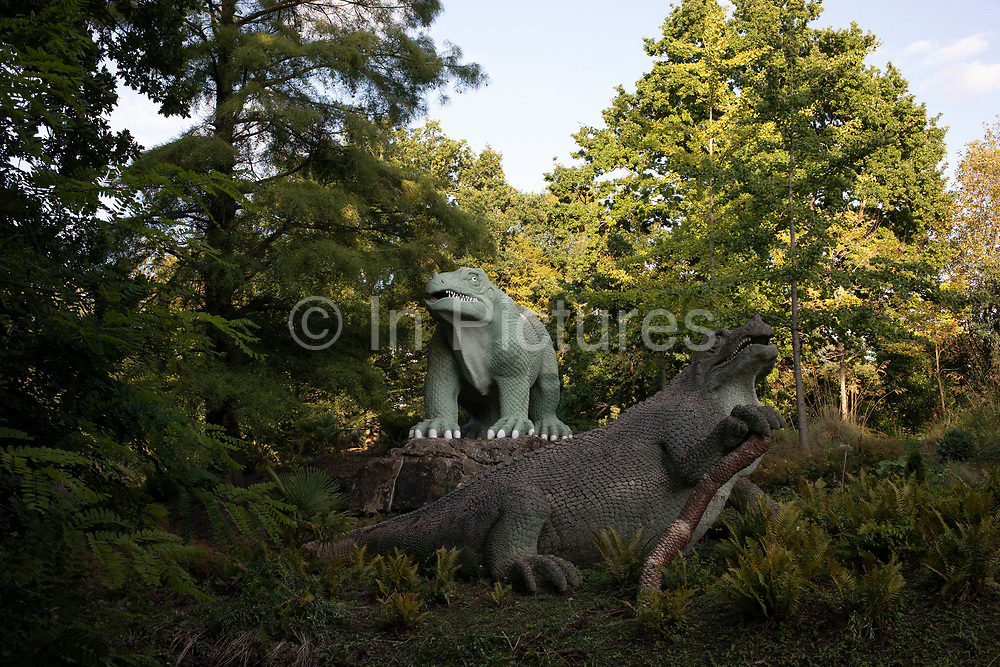