Seen from the air at dawn, dozens of F-4 Phantom fighters from the Cold War-era are laid out in grids across the arid desert at Davis-Monthan Air Forbe Base near Tucson Arizona. These retired aircraft whose air frames are too old for flight are being stored then recycled, their aluminium worth more than their sum total at this repository for old military fighter and bomber aircraft. They sit in neat rows in low light, their shadowy wings are blue in colour but their fuselage are stripped of markings, being taped up against the dust. This is a scene of once-great flying machines relegated to sad scrap, long-after the Soviet Union's own demise when western armies fought a war of propaganda. 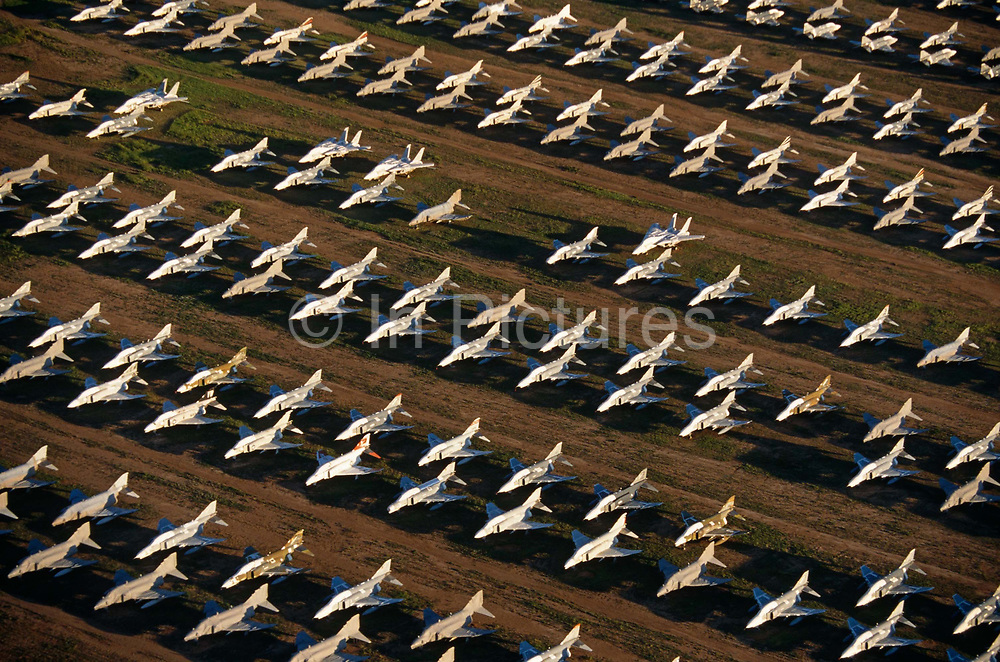