Three days after the 9/11 terrorist attacks, President George W Bush tours Ground Zero, the scene of two airlliners crashing into the World Trade Center. We see him live on CNN television which is transmitting pictures to a rest-stop service station in New York State. The caption reads 'America's New War' and 'Pres. Bush visiting with volunteers and rescuers' which turned out to be his finest hour in those days and months following the atrocities. A Burger King restaurant also lends itself to a President of the fast food and fast war era of American politics. 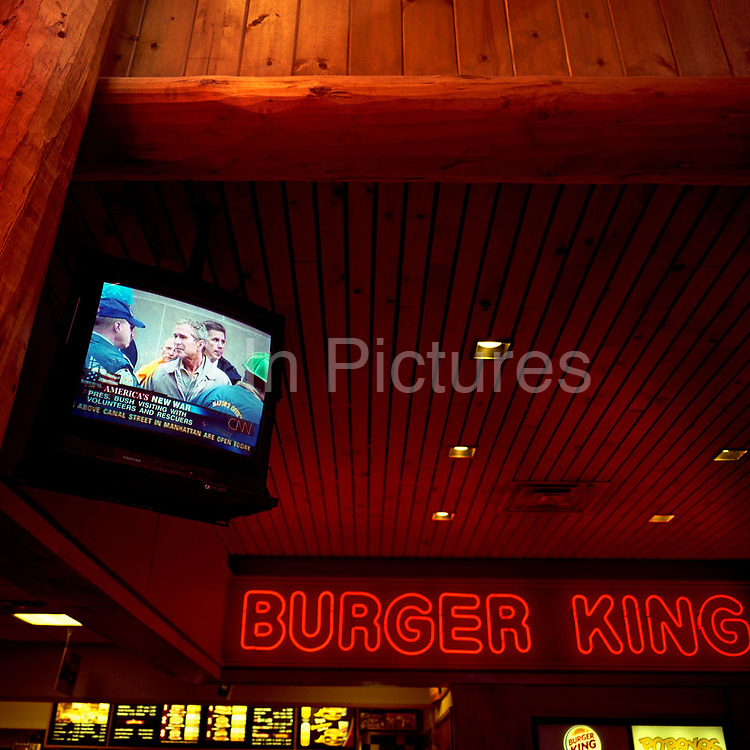