Before they were all replaced as working modes of public transport, a conductor is seen while travelling along a London road, as part of a two-man crew of a number 11 red London bus, England UK. The bus is a traditional design called a Routemaster which has been in service on the capital's roads since 1954 and is nowadays only seen on heritage and tourist routes. From any angle, the bus is easily recognisable as that classic British transport icon. The conductor is the last human link with friendly public travel in London. He is usually a friendly face to accompany unsure travellers, often helping them reach their stop and answering questions about the journey with good humour and kindness. Their removal in favour of single driver crews meant that bus travel became more intimidating. 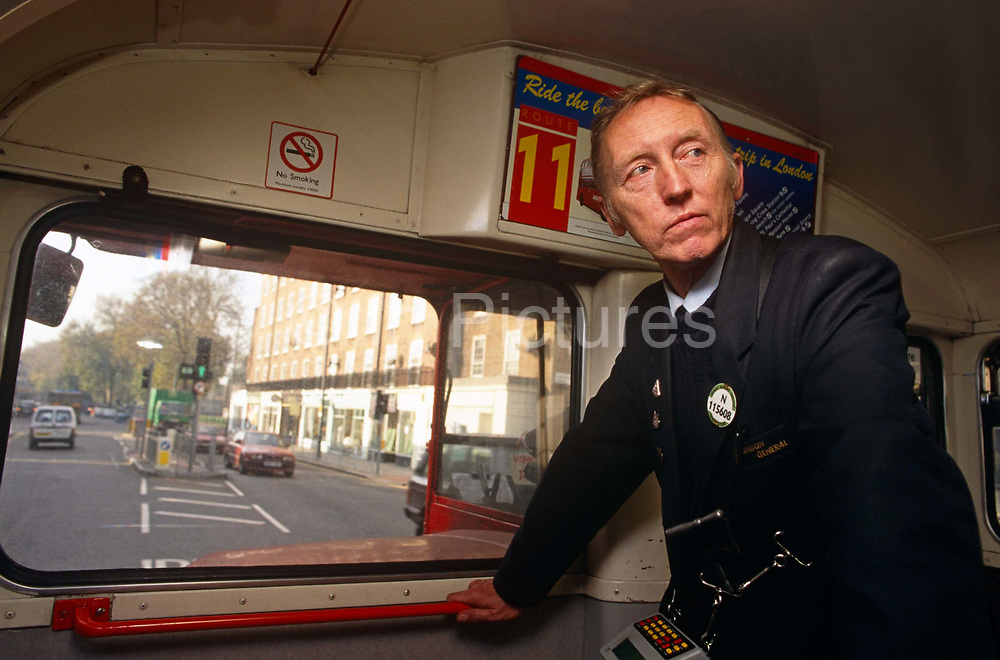