Elderly musicians in a Naxi Orchestra, a Naxi minority group playing at the Naxi Music Academy, Naxi Guyue Hui, in Old Town Lijiang, Yunnan province, China. The beautiful repetitive music they produce has been lost elsewhere in China and is threatened even here in Lijiang due to it’s ageing players. The instruments played did not survive the Cultural Revolution in most parts of China, but several members of the Naxi group hid theirs by burying them, to revive them in 1978 after the revolution. Music from the Han, Tang, Song and Yuan Dynasties is played. 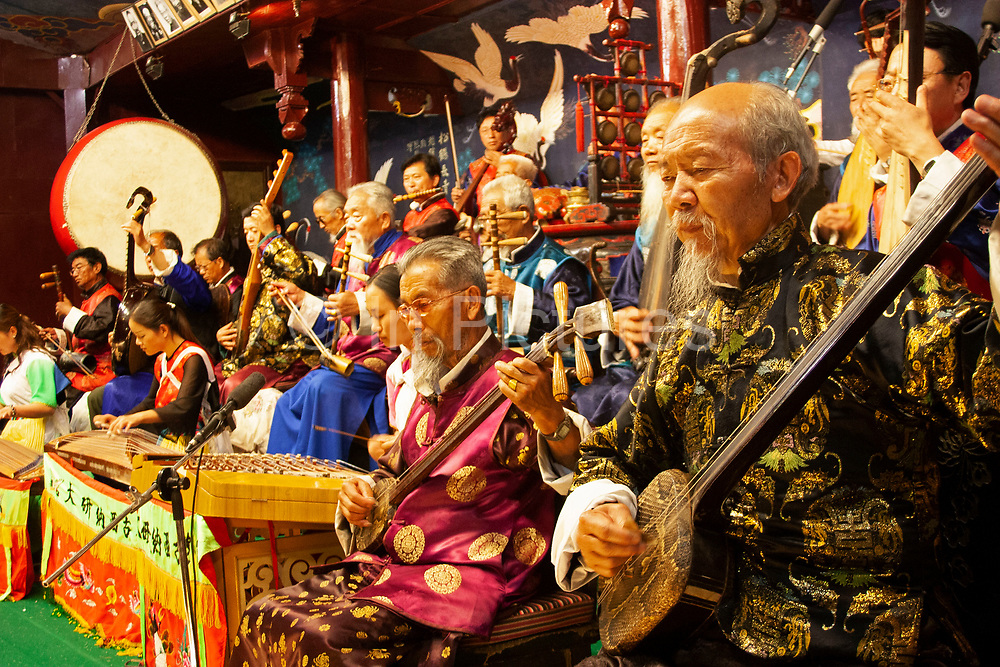