The interior (including the painted tin tiles on the ceiling) of Manze's Eel, Pie and Mash shop in Walthamstow, East London, UK.Although the shop still trades under the original Manze name, it is now independently owned and no longer part of the Manze family. This resturant is a Grade-2 listed building with antique pressed-tin tiles on the ceiling.Eel, pie and mash shops are a traditional but dying business. Changing tastes and the scarcity of the eel has meant that the number of shops selling this traditional working class food has declined to just a handful mostly in east London. The shops were originally owned by one or two families with the earliest recorded, Manze's on Tower Bridge Road being the oldest surviving dating from 1908. Generally eels are sold cold and jellied and the meat pie and mash potato covered in a green sauce called liquor. 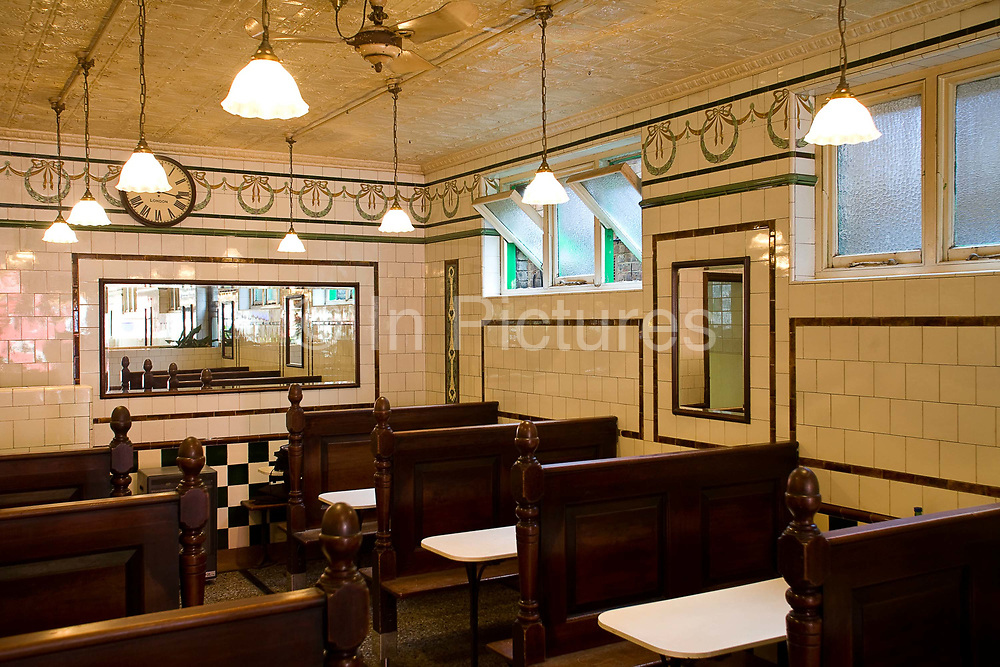