Lay Brothers Dormitory and contemporary stained glass windows at Fontfroide Abbey near Narbonne, France. Fontfroide Abbey is a former Cistercian monastery in France, situated 15 kilometers south-west of Narbonne. It was founded in 1093 by Aimery I, Viscount of Narbonne, but remained poor and obscure, and needed to be refounded by Ermengarde, Viscountess of Narbonne. The abbey fought together with Pope Innocent III against the heretical doctrine of the Cathars who lived in the region. It was dissolved in 1791 in the course of the French Revolution. The premises, which are of very great architectural interest, passed into private hands in 1908, when the artists Gustave and Madeleine Fayet dAndoque bought it to protect the fabric of the buildings from an American collector of sculpture. They restored it over a number of years and used it as a centre for artistic projects. It still remains in private hands. Today it is open to paying guests. 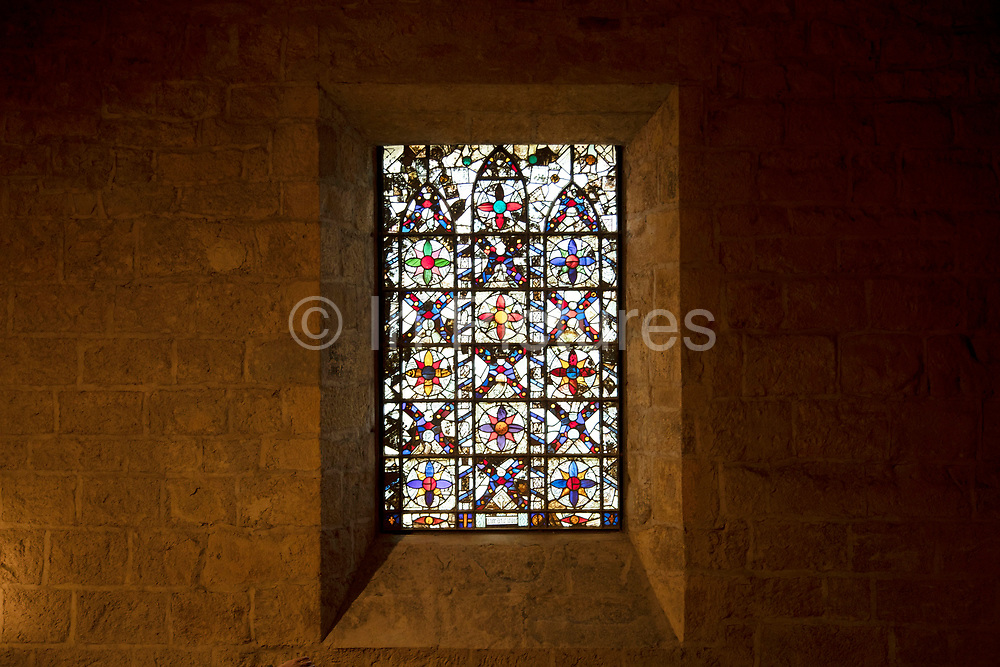