Dated October 2010 with less than two years before the London Olympiad commenced, we see a section of the outer fence to the Olympic Park. The brick wall marks the boundary of no access to land near River Lea in East London. Sharp barbs of security wall line the top, keeping out trespassers. Covered in graffiti, it describes more the outer limit of the the property secured by the Olympic Authority who purchased land from small industrial businesses and landowners, separating people from their own localities - all in the name of a three-week sporting event that few feel they would benefit from. 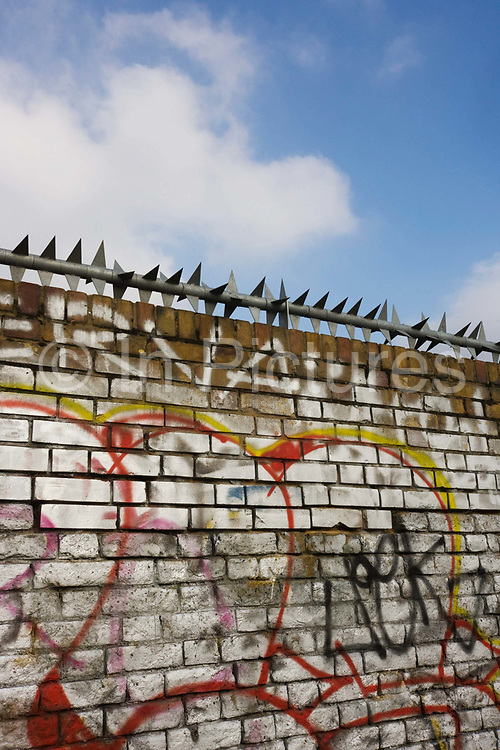