Tourists consult a map opposite L'Opera - known as the Palais Garnier - in Paris, France. We look over the shoulders of the two tourists who are pointing and looking at the street plan of the French capital, on a summer's day. The Palais Garnier is a 1,979-seat opera house, which was built from 1861 to 1875 for the Paris Opera. It was originally called the Salle des Capucines because of its location on the Boulevard des Capucines in the 9th arrondissement of Paris. The Palais Garnier is "probably the most famous opera house in the world, a symbol of Paris. 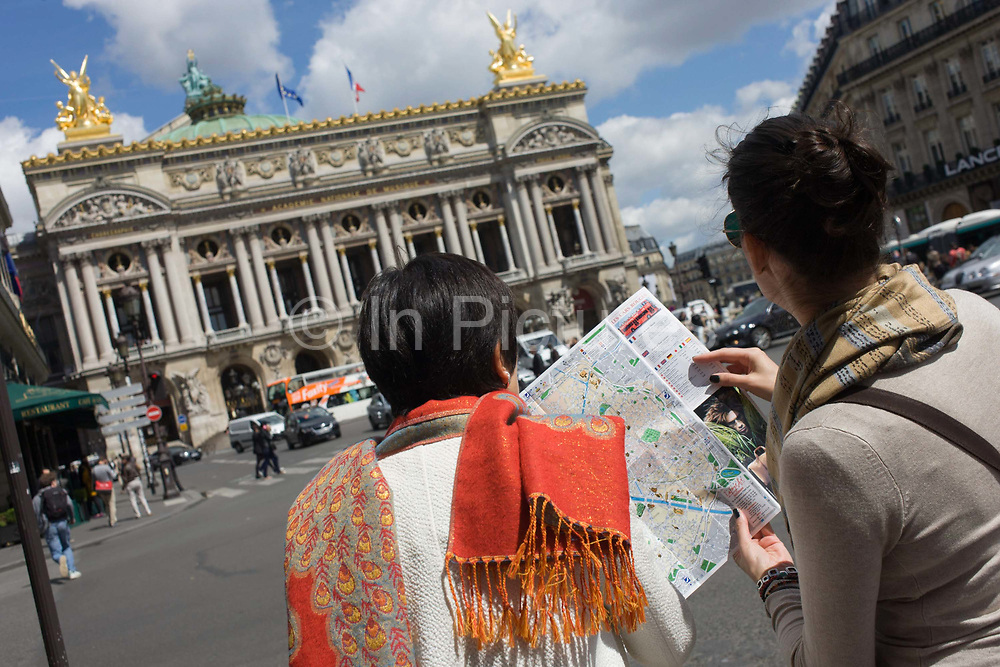