Police officers on a police boat tow two small inflatable dinghies into Dover after migrants were rescued by the RNLI. Migrants arrived into Dover docks on board an RNLI rescue boat after being rescued in the English Channel while crossing in small inflatable dinghies on the 22nd of September 2020 in Dover, Kent, United Kingdom. About 30 men, women and children (including a baby) arrived today on two small boats they were taken off the RNLI boat by UK Boarder Force and put onto a double decker bus. photo by Andrew Aitchison / In pictures via Getty Images) 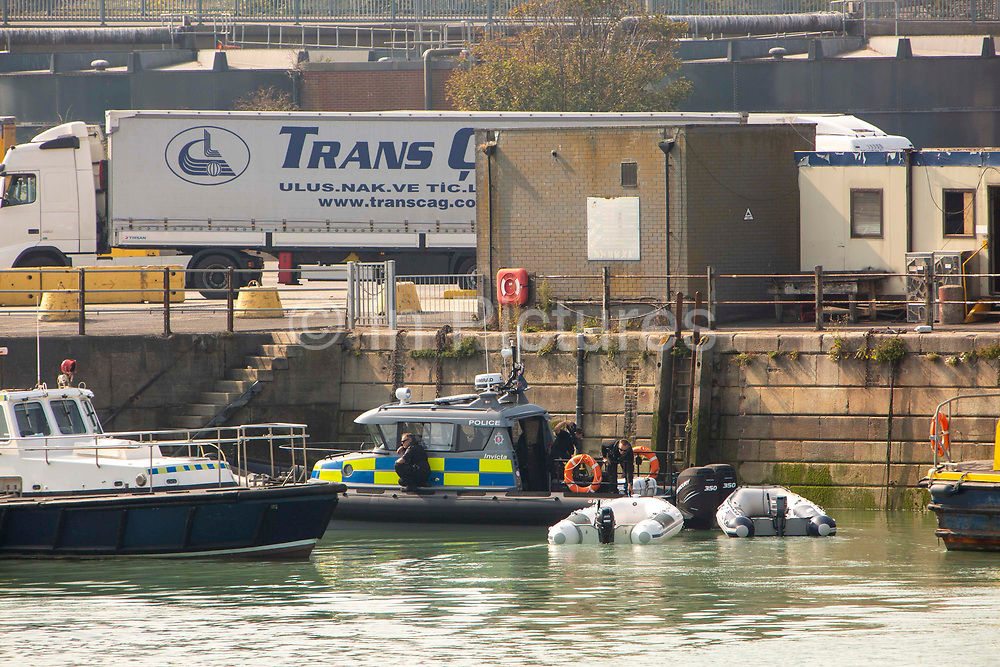