Framed portrait of Zimbabwe President Robert Mugabe through window of London embassy. Just as evening light is fading, we look through net curtains to the President's formal photograph that adorns embassies and high commissions around the world. Seating for those awaiting visas etc. is seen below the frame and London streets reflected in the distance. Controversial Robert Gabriel Mugabe has served since 31 December 1987. As one of the leaders of the rebel groups against white minority rule, he was elected as Prime Minister, head of government, in 1980, and served in that office until 1987, when he became the country's first executive head of state. He has led the Zimbabwe African National Union – Patriotic Front (ZANU–PF) since 1975. 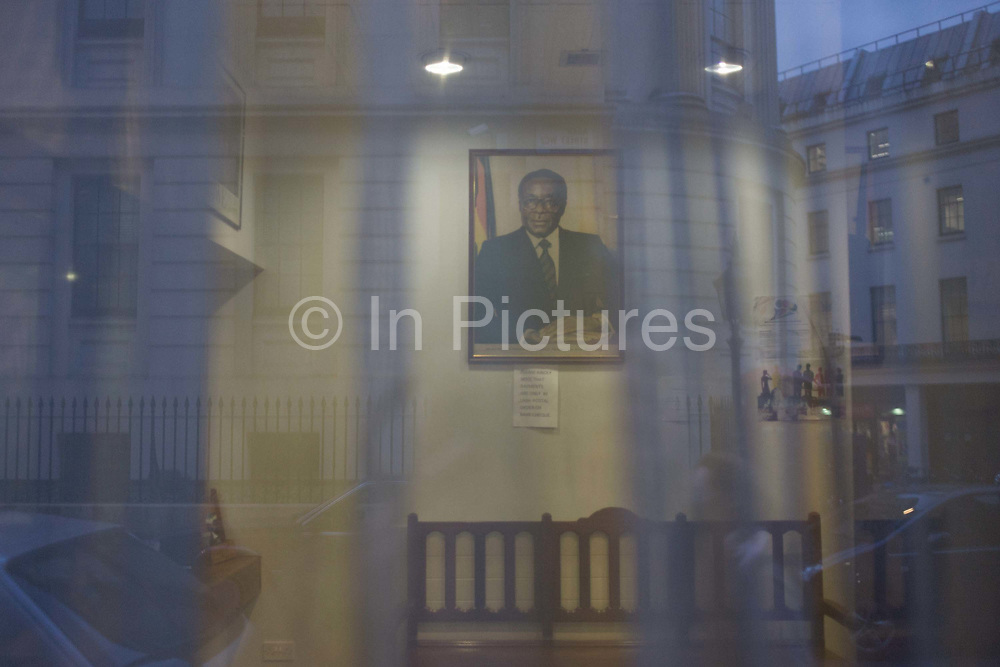