Stephen Fry (born 24 August 1957) is an English actor, screenwriter, author, playwright, journalist, poet, comedian, television presenter and film director. He first came to attention in the 1981 Cambridge Footlights Revue presentation "The Cellar Tapes". As the comedy double act Fry and Laurie, he co-wrote and co-starred in A Bit of Fry & Laurie, and the duo also played the title roles in Jeeves and Wooster. Known as a prolific user of Twitter, he is currently best known as the tv presenter of BBC1 show QI (Quite Interesting). Stephen Fry has reached the status of 'National treasure' in the eyes of the British public. 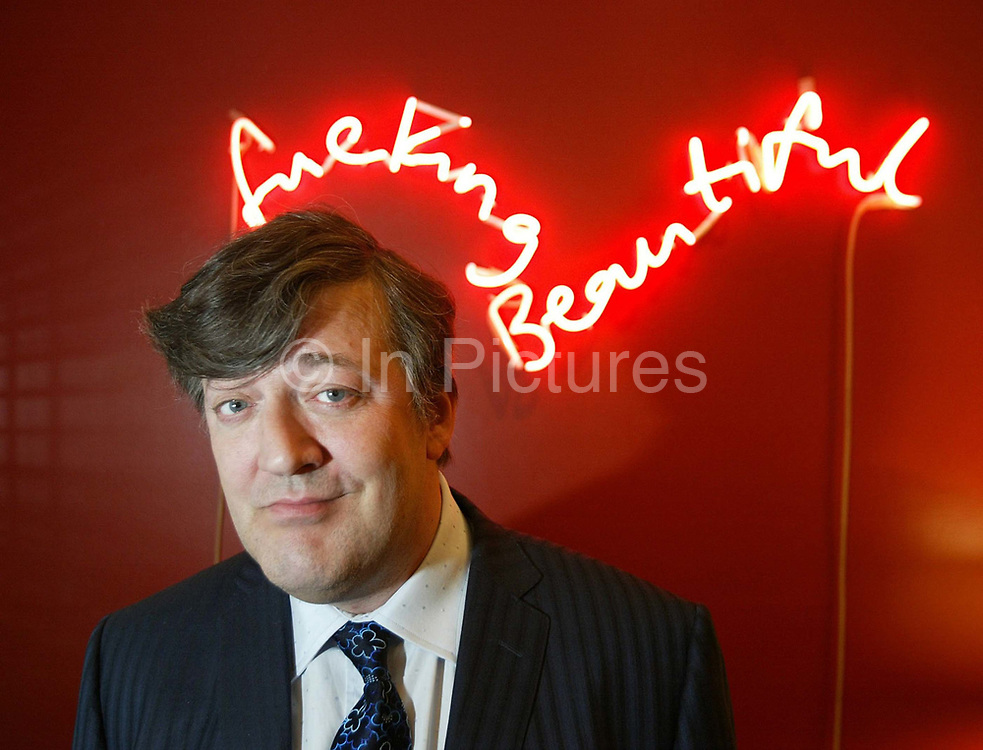