Locals walk over the exposed stone walls of the once-thriving village of Ashopton that now lies at the bottom of Ladybower reservoir, Derbyshire, England. Remains of the village were revealed during the drought of 1989 the levels of water dropped from the country's reservoirs as rainfall failed in the heatwave while demand peaked in the cities such as Sheffield. The villages of Derwent & Ashopton were submerged when the valley was flooded, between 1943 & 1945, amid much controversy. Derwent church tower was left standing at first, but demolished in 1947 for safety reasons. The remains of the buildings are still visible when the water is very low, as it was in 1989. 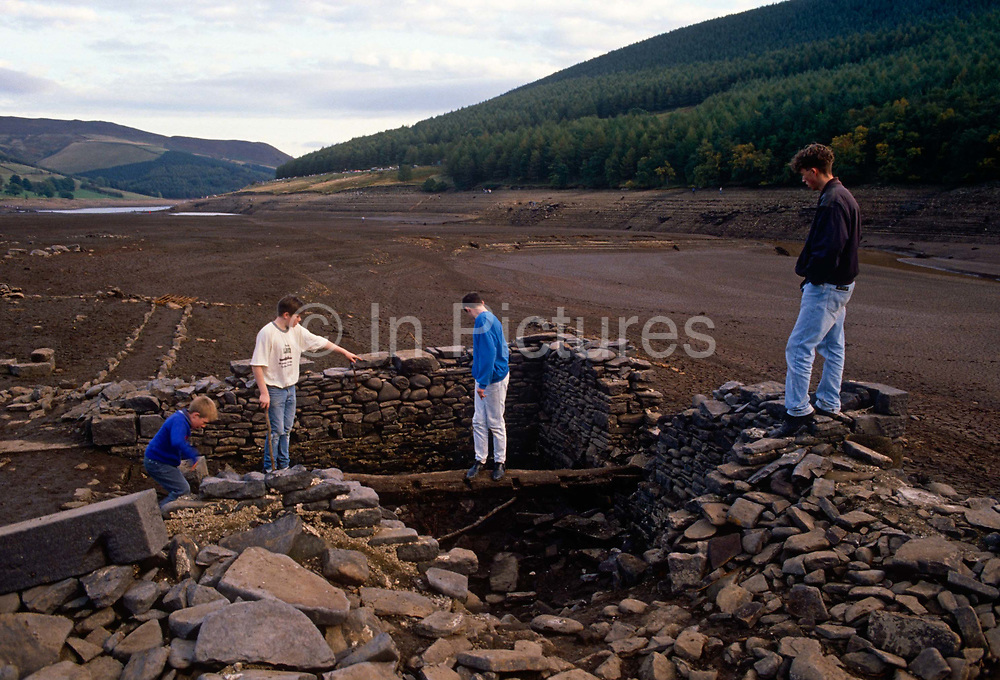