Statue Of Winston Churchill Covered For Protection From Protesters

Flowers left in front of the protective cover on a bronze sculpture by Ivor Roberts-Jones of the former British prime minister Winston Churchill on 15th June 2020 in Londons Parliament Square, United Kingdom. The statue was boarded up to protect it from attacks by Black Lives Matter protesters who sprayed graffiti on it over two successive days, including the words was a racist. Despite his achievements, there is evidence to suggest Mr Churchill was a white supremacist.
He referred to British imperialism as being for the good of the “primitive” and “subject races”. As a junior member of parliament, Mr Churchill supported Britain’s plan for additional conquests, stressing that “Aryan stock is bound to triumph”. 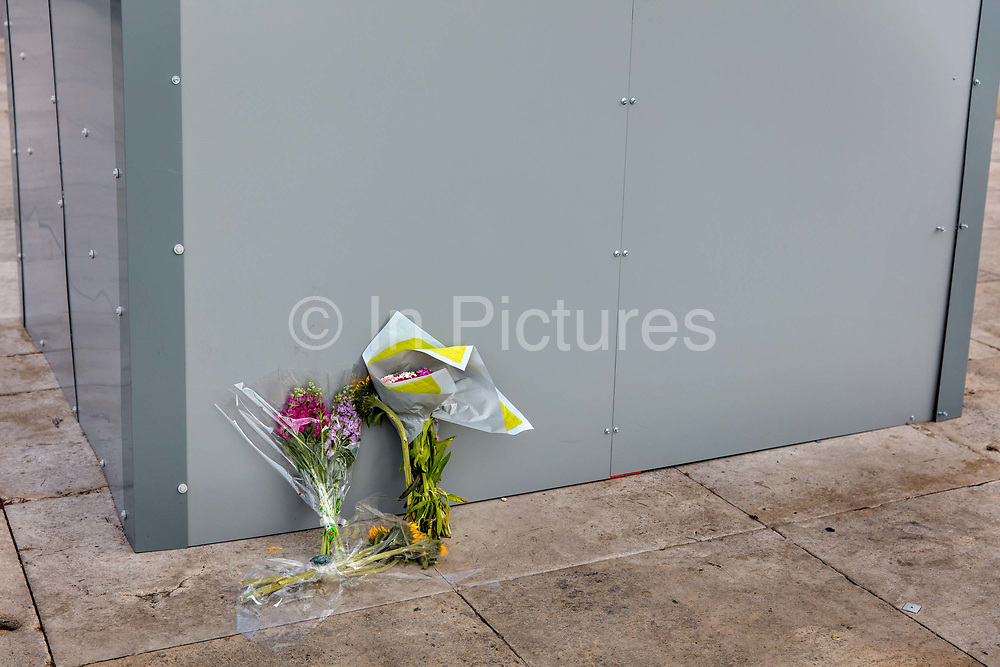