Sir Richard Branson consults with Virgin Galactic CEO George Whitesides during a new space tourism presentation. Whitesides is responsible for guiding all aspects of the company to commercial operation at Spaceport America in New Mexico. Prior to this he was Chief of Staff for NASA, where he provided policy and staff support to the agency’s Administrator. Virgin Galactic is a company within Richard Branson's Virgin Group which plans to provide sub-orbital spaceflights to space tourists, suborbital launches for space science missions and orbital launches of small satellites. Further in the future Virgin Galactic hopes to offer orbital human spaceflights as well. Virgin Galactic's spacecraft are launched from a large aeroplane, giving the spacecraft more initial speed and altitude than if it were launched from the ground. 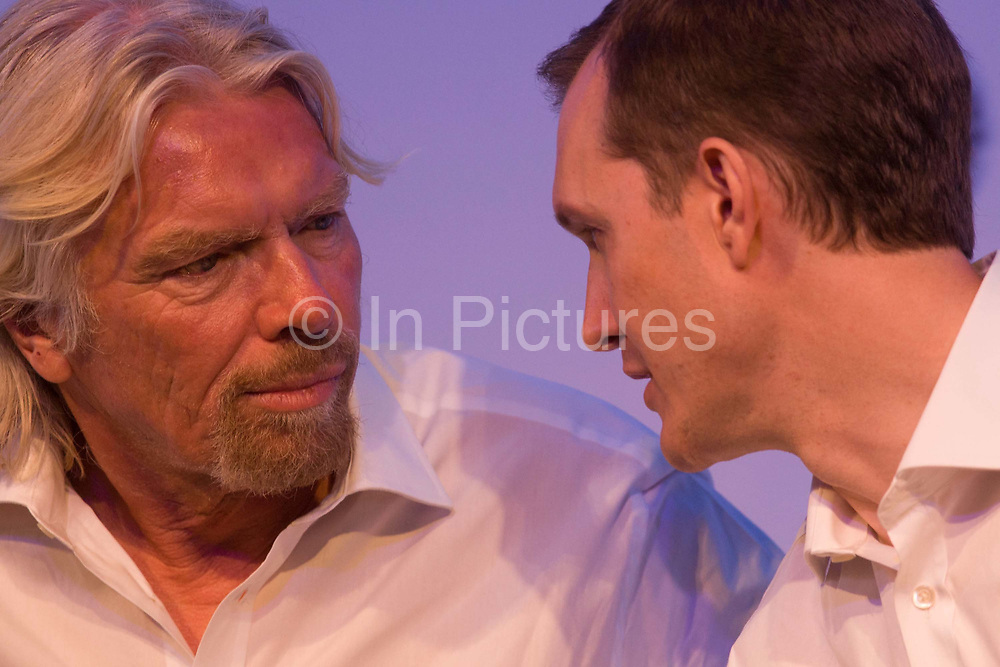