Well-dressed and well-appointed English people pass-by on the River Thames during the Henley Royal Regatta boat races, England. In the foreground is a smart and highly-polished launch filled with a party of friends who motor past while to their port (left) a rowing boat with three men in blazers pass them going downstream. On the riverbank a garden marquee hosts another social gathering. In 1829 a boat race challenge was held between teams representing the universities of Oxford and Cambridge. The venue chosen was a straight stretch of the Thames at the small town of Henley-on-Thames. Now held July and is one of the main dates on the sporting calendar and social season for the hoi polloi 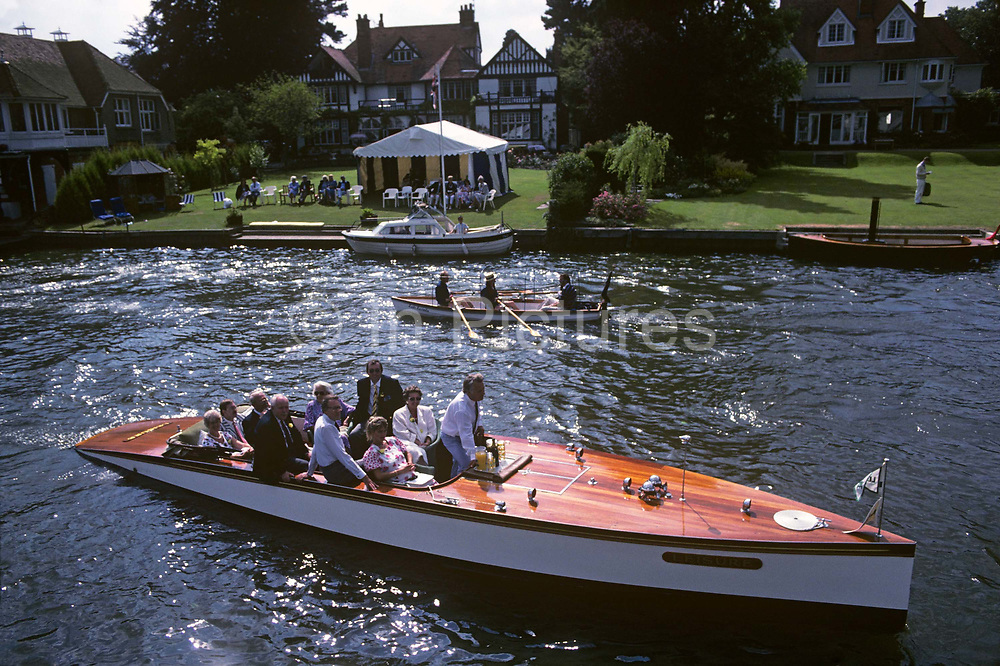