A wall mural painting of a sexy woman at the former WW2 Flixton air force base in Suffolk, England. Flixton was the home of the USAAF's 706th Bombardment Squadron, an operational squadron of the 446th Bombardment Group (Heavy). The 446th operated chiefly against strategic objectives on the Continent from December 1943 until April 1945. Targets included U-boat installations at Kiel, the port at Bremen, a chemical plant at Ludwigshafen, ball-bearing works at Berlin, aero-engine plants at Rostock, aircraft factories at Munich, marshalling yards at Coblenz, motor works at Ulm, and oil refineries at Hamburg. After the war, the buildings reverted to agricultural and industrial use. 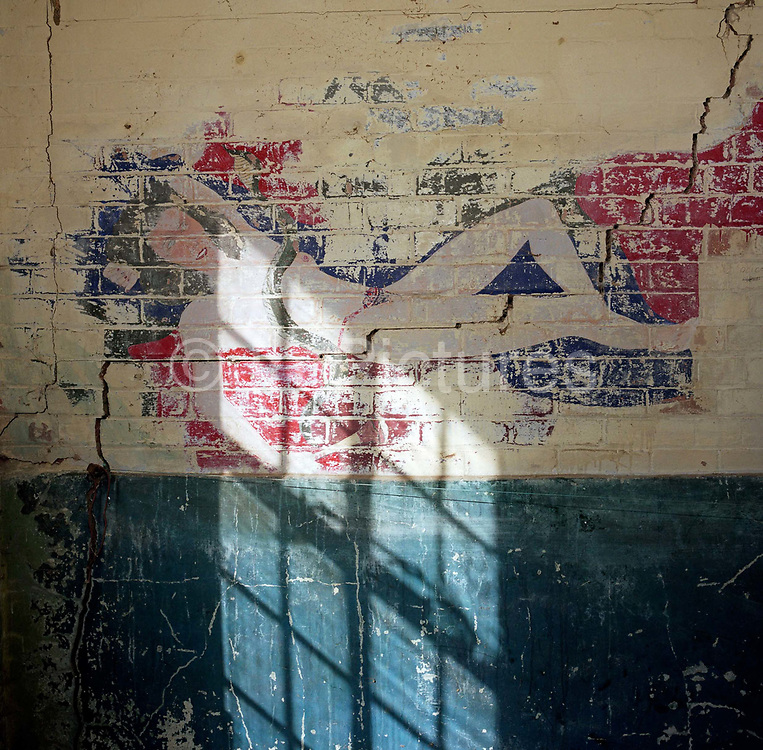