Abbey Road During The Coronovirus Lockdown

Abbey Road zebra crossing on 16th April 2020 in London, United Kingdom. Normally crowded with people London is like a ghost town as workers stay home under lockdown during the Coronavirus pandemic. The image shot here in 1969 next to the studios where their classic album was recorded of the Beatles crossing Abbey Road, became one of the most famous album covers in history. Shortly after the albums release, the cover became part of the Paul is dead theory that was spreading across college campuses in the US. According to followers of the rumour, the cover depicted the Beatles walking out of a cemetery in a funeral procession. The escalation of the Paul is dead rumour became the subject of intense analysis on mainstream radio and contributed to Abbey Roads commercial success in the US.. The crossing has since become a popular destination for Beatles fans and the crossing was given grade II listed status for its cultural and historical importance. 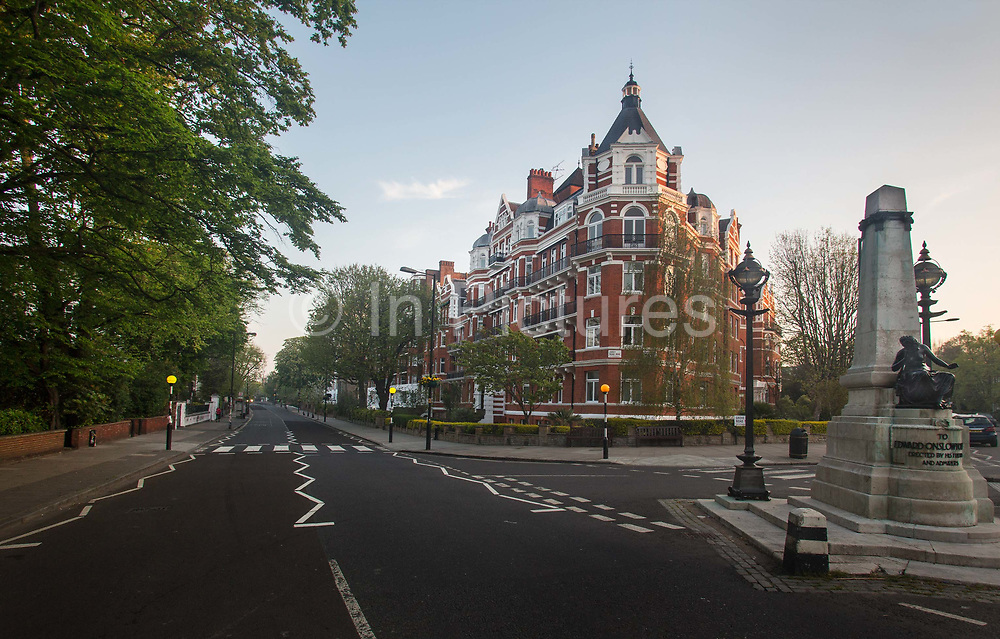