Website for Interpol shows Julian Assange's status as Wanted. The founder of the whistle-blowing website Wikileaks, Julian Assange, has been arrested by police in London. The 39-year-old Australian, who was the subject of a European arrest warrant, denies allegations he sexually assaulted two women in Sweden. A Wikileaks spokesman said Mr Assange's arrest was an attack on media freedom but it would not stop the release of more secret files. 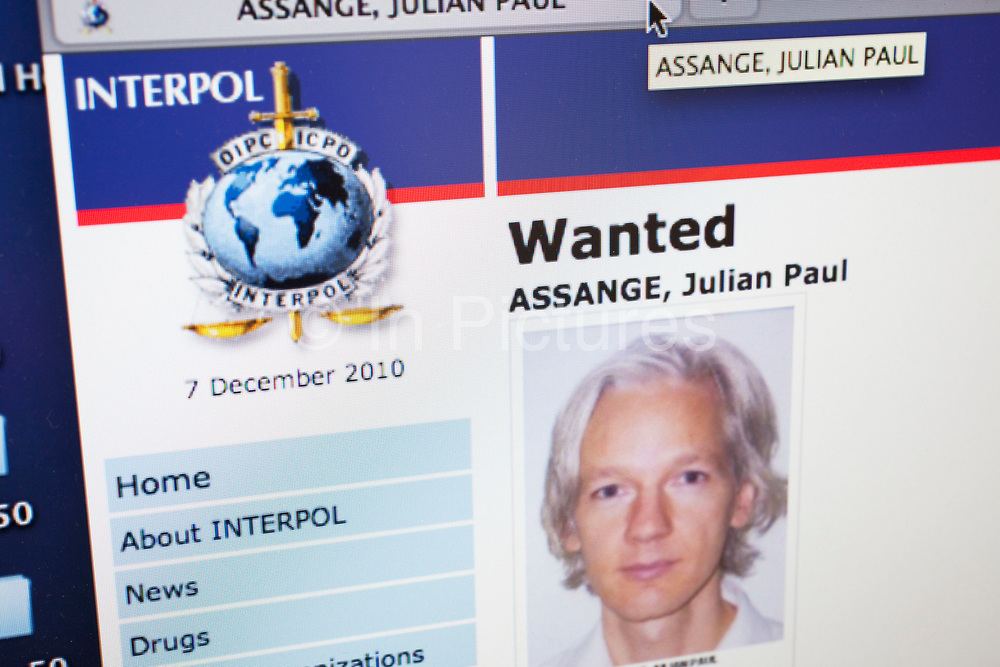