Old Communist graffiti adorns the walls of a crumbling building as an elderly lady walks past. Heroic but peeling portraits and slogans adorn the plater wall reminder passers-by of previous era when Portuguese politics were more turbulent. The Portuguese Communist Party is a major left-wing political party in Portugal. It is a Marxist-Leninist party based upon democratic centralism. The party was founded in 1921 but made illegal after a coup in the late 1920s. The PCP played a major role in the opposition to the dictatorial regime of António de Oliveira Salazar. After the bloodless Carnation Revolution in 1974 which overthrew the 48-year regime, the 36 members of party's Central Committee had, in the aggregate, experienced more than 300 years in jail. 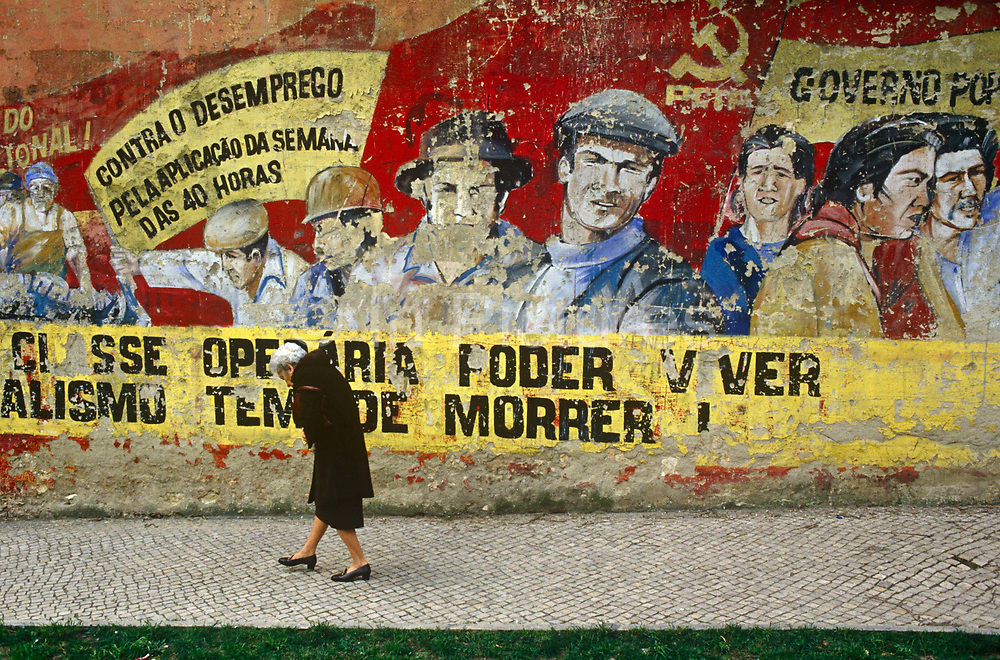