Aerial landscape of old Arab Albaicin quarter and surrounding barrios of the Moorish city of Granada. This aerial landscape also shows in the foreground, the old Arab Albaicin quarter and surrounding barrios of Moorish city of Granada. The Albaicin Quarter is the old Moorish quarter across the River Darro from the Alhambra. When the Moors controlled Granada, this area of the city was the most densely populated. The streets are narrow and many of them do not have sidewalks. The houses are not very high and they are very close to each other. Alhambra (in Arabic, Al-Ḥamra) is a palace and fortress complex constructed during the mid 14th century by the Moorish rulers of the Emirate of Granada in Al-Andalus. 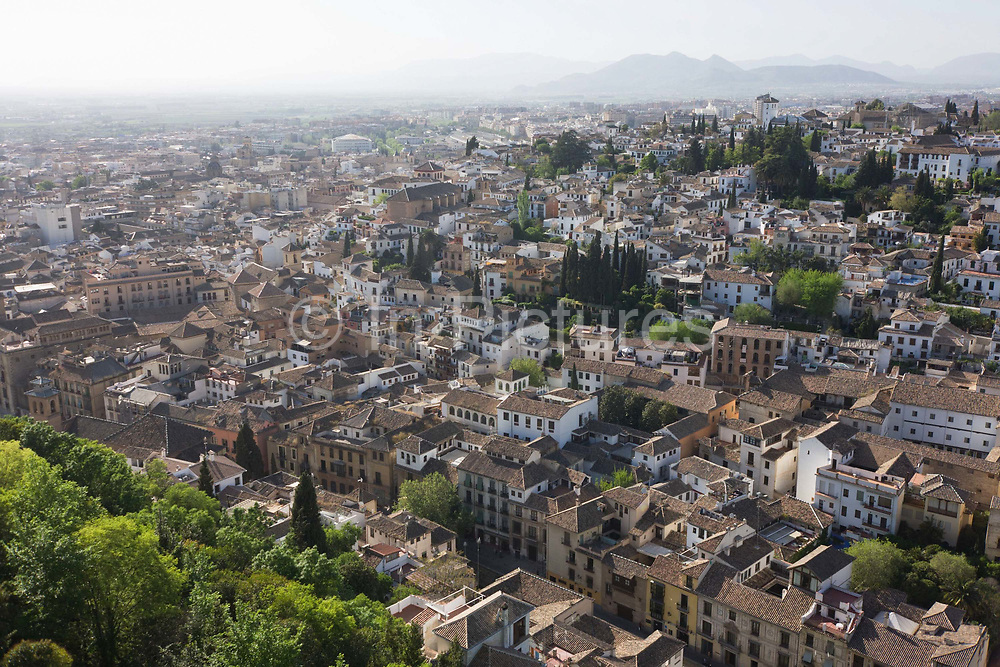