London 8/1/13: Two characters dressed as NASA moon walking astronauts, emerge outside on Oxford Street outside the Selfridges department store in central London. Emerging from the front doors of this famous shop, the two spacemen carry the famous yellow bags as other shoppers go in and out of the large doors. Selfridges, also known as Selfridges & Co, is a chain of high end department stores in the United Kingdom. It was founded by Harry Gordon Selfridge. The flagship store in London's Oxford Street is the second largest shop in the UK (after Harrods) and opened 15 March 1909 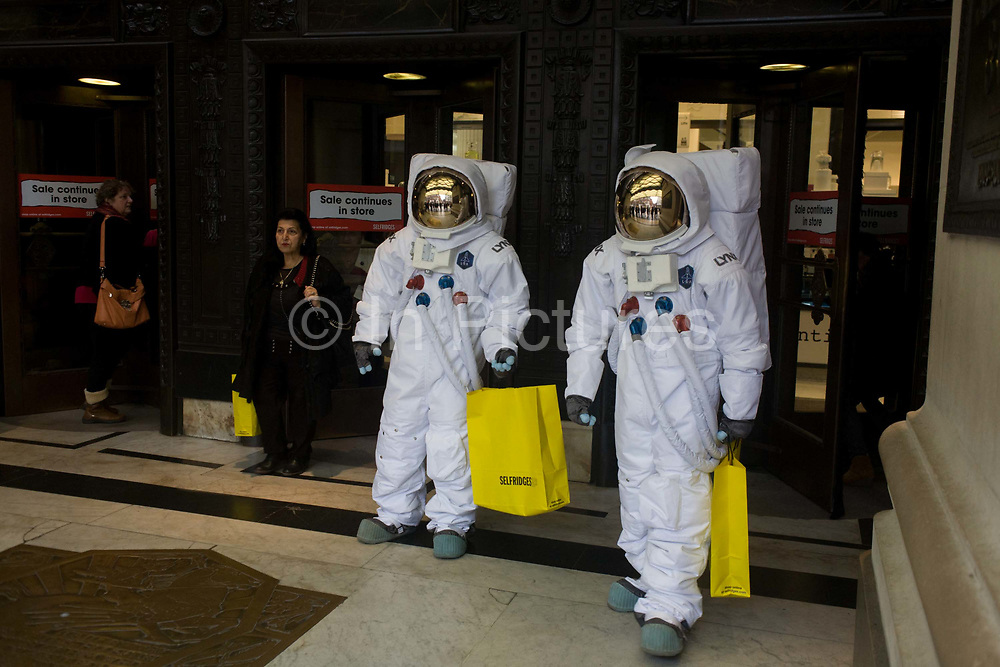