A detail from a stone carving depicting the royal lion hunt of the Assyrian king Ashurbanipal, at the British Museum, on 11th April 2018, in London, England. It is part of the palace at Nineveh and dates to about 645-635 BC. Captured lions, which had been a menace to domestic animals as well as to men, were released one-by-one from cages into an arena surrounded by dogs and soldiers with tall shields to keep any from escaping. They then were shot by the king from his chariot. 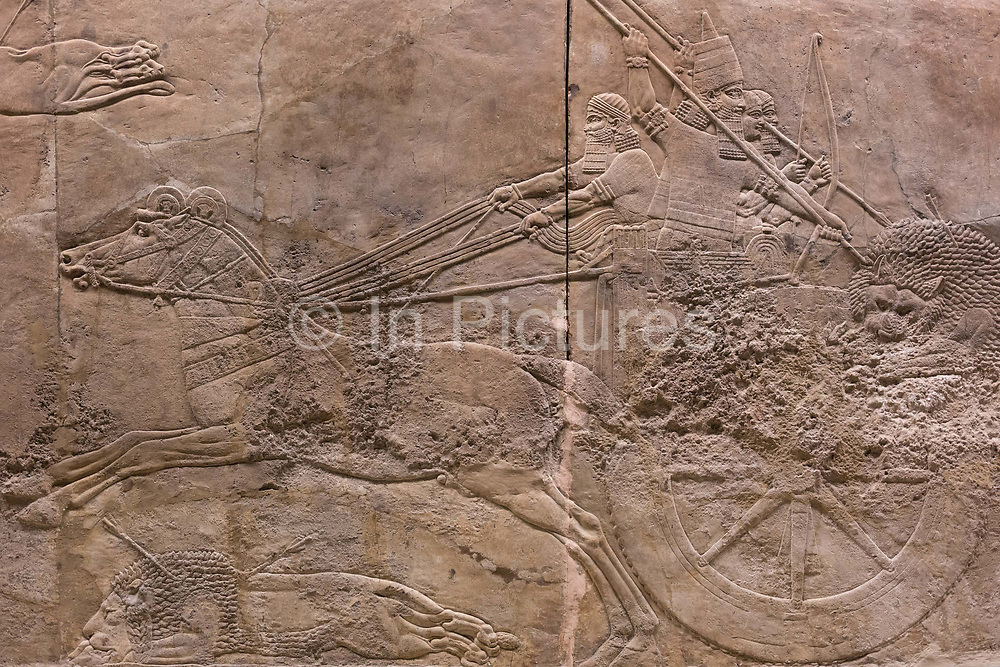