Rubbish and litter in the 1990s blocks the waterways of a canal, on 10th September 1994, in Stratford, east London, England. Algae and household pollution lies on the surface of the waters dug by navvies of the Victorian era when canals around Britain helped supply the industrial revolution with the raw ingredients to power the furnaces, mills and wharves of the transport age. This is a small outlet of the River Lea where the future 2012 Olympic Park would eventually be built - the waters once again freed from 20th century dereliction. 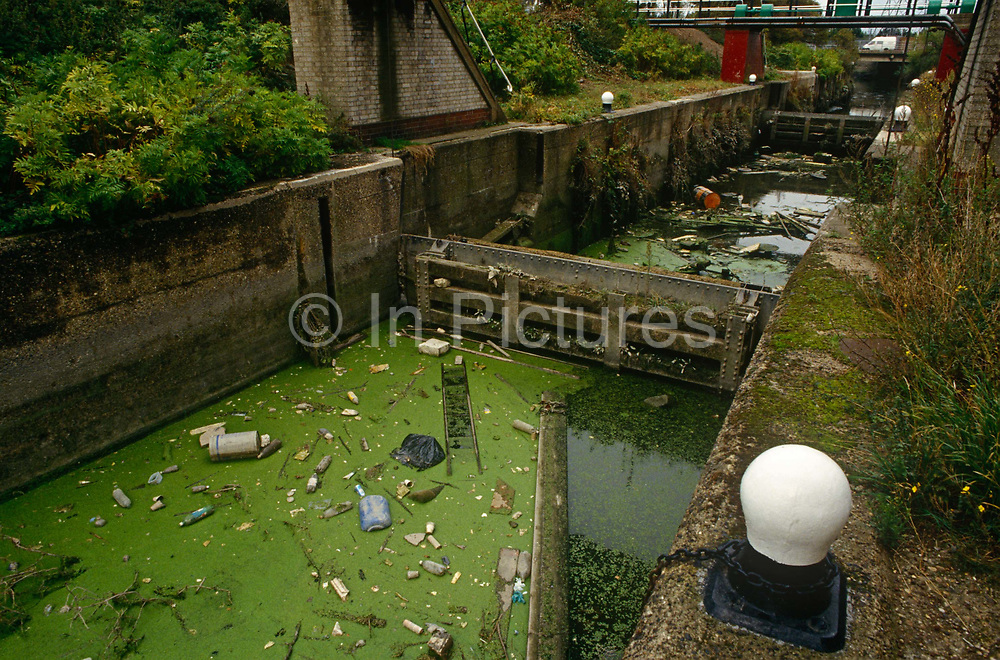