Public phone box and car headlights in a street at New Lanark, the industrial revolution community village managed by social pioneer Robert Owen. New Lanark is on the River Clyde, approximately 1.4 miles (2.2 kilometres) from Lanark, in South Lanarkshire, Scotland. It was founded in 1786 by David Dale, who built cotton mills and housing for the mill workers. Dale built the mills there to take advantage of the water power provided by the river. Under the ownership of a partnership that included Dale's son-in-law, Robert Owen, a Welsh philanthropist and social reformer, New Lanark became a successful business and an epitome of utopian socialism. The New Lanark mills operated until 1968 and is now one of five UNESCO World Heritage Sites in Scotland. 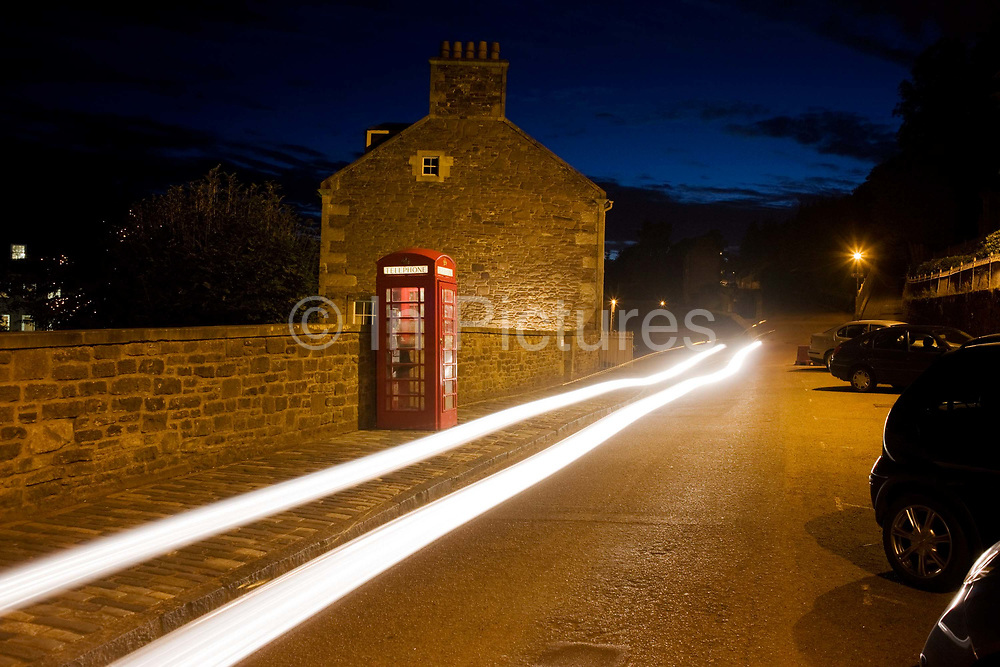