Tourist crowds walk along London's Southbank beneath the Millennium Wheel. I the background is the giant ferris wheel called the Millennium Wheel whose every rotation takes about 30 minutes, meaning the capsules that hold a family or group of fare-paying passengers in pods travel at a stately 26cm per second. Since opening in 2000, it has become the most popular paid tourist attraction in the United Kingdom with over 3.5 million visitors annually while the modernist Festival Hall, which was built as part of the post-war Festival of Britain of 1951 though altered in 1964 is a popular landmark for the London visitor. 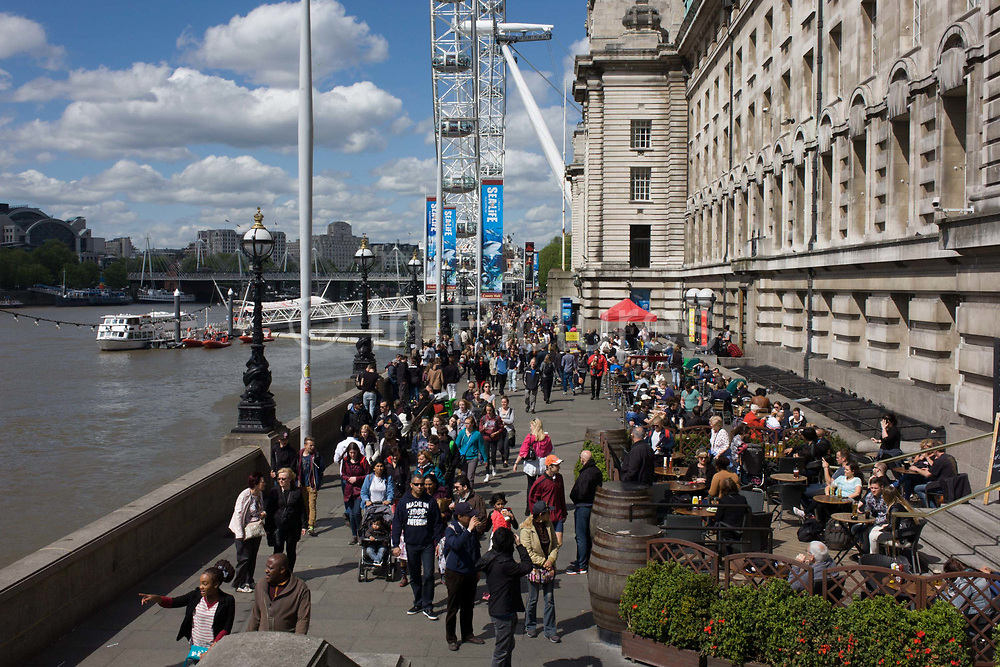