A formal military dress uniform and a civilian jacket on display in a london's taylor's premises in Sackville Street, London. Jones Chalk & Dawson have well over a century of fine tailoring tradition. The company commenced trading in 1896 when William Jones broke away from Hawkes of Savile Row (later Gieves and Hawkes), where he was head military cutter. Joseph H Dawson and Arthur Chalk also worked at Hawkes. In 1902 the young company were soon a Royal appointment from HRH the Prince of Wales, later King George V. In 1940 they were appointed by King George VI and today, Jones Chalk & Dawson continue to hold a warrant to the Belgian Royal Family. 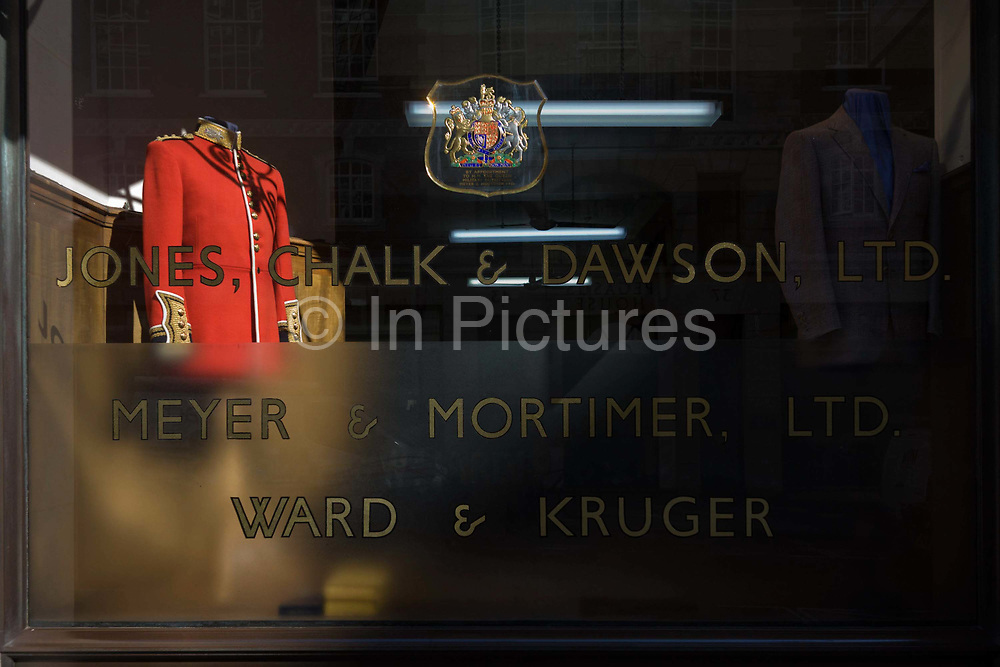