On a brick wall is a painted red hand that grips an Armalite automatic weapon which has been painted on to a street wall of a house off the protestant Shankhill Road in Belfast, Northern Ireland. The red hand is actually better-known as The Red Hand Defenders (RHD), a Northern Irish paramilitary group formed in 1998 and composed largely of Protestant hardliners from loyalist groups observing a cease-fire. It is composed of members of the Ulster Defence Association (largely those who once belonged to the now disbanded 2nd Battalion, C Company) and Loyalist Volunteer Force, most of whom are still part of the latter organisation. 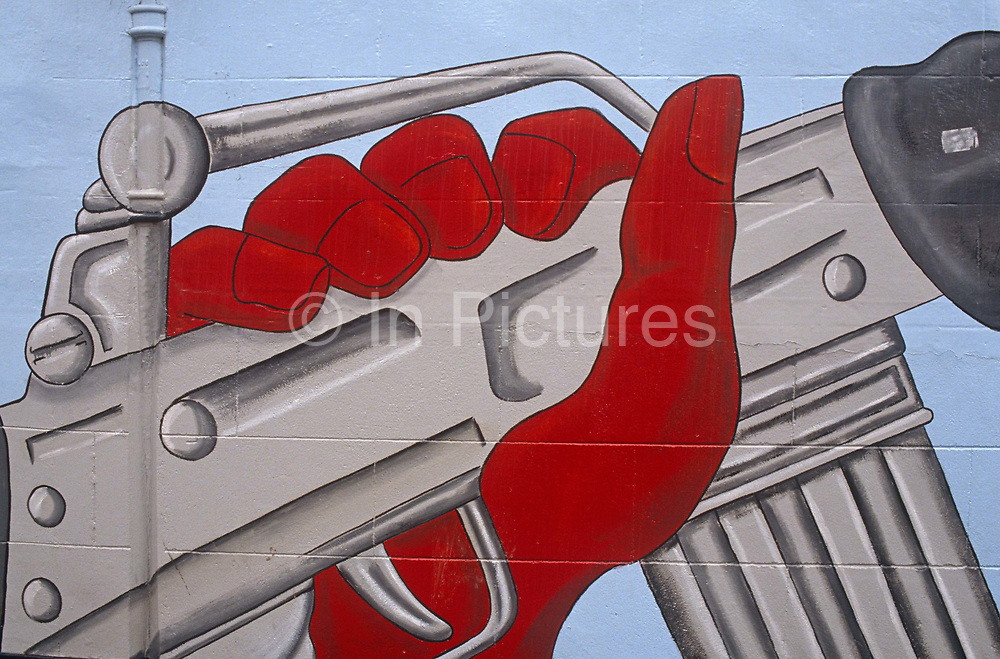