During the Cannes Film Festival, we see a group of girls from the Hawaiian Tropic company climbing some steps in bikinis and revealing apparent silicon breasts wear as a frenzy of males of various ages on La Croisette, Cannes sea front in the French Riviera resort, Cote d'Azur. They have just posed in the same corporate style for photographers along with young women publicising movies or just themselves. Hawaiian Tropic is a brand of suntan lotion who sponsor erotic bikini competitions for women who then tour the world’s pageants and events like this film festival to the delight of testosterone-hungry men – young and old. Located in the Alpes-Maritimes region. Founded in 1939, the International Film Festival is one of the world's most prestigious and eccentric of celebrations of film and the cinema industry. 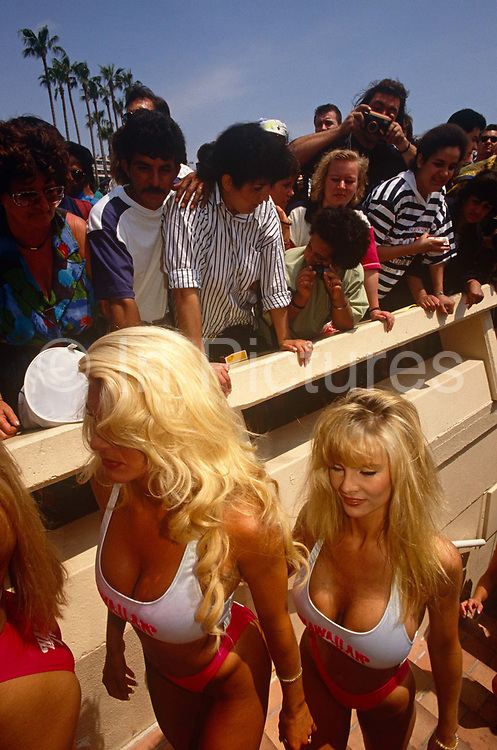