On a partially-demolished building, a mural of the ancient Goddess Nike remains chipped and scraped on an old restaurant wall. Nike was the Goddess of Victory to whom Olympic athletes made offerings and prayers at the Temple of Zeus before competition but this site is in the heart of the modern town of Olympia that has grown up around the birthplace of athletics, amid the woodland of ancient Olympia where for 1,100 continuous years, the ancients held their pagan festival of sport and debauchery. The modern games share many characteristics with its ancient counterpart. Corruption, politics and cheating interfered then as it does now and the 2004 Athens Olympiad echoed both what was great and horrid about the past. 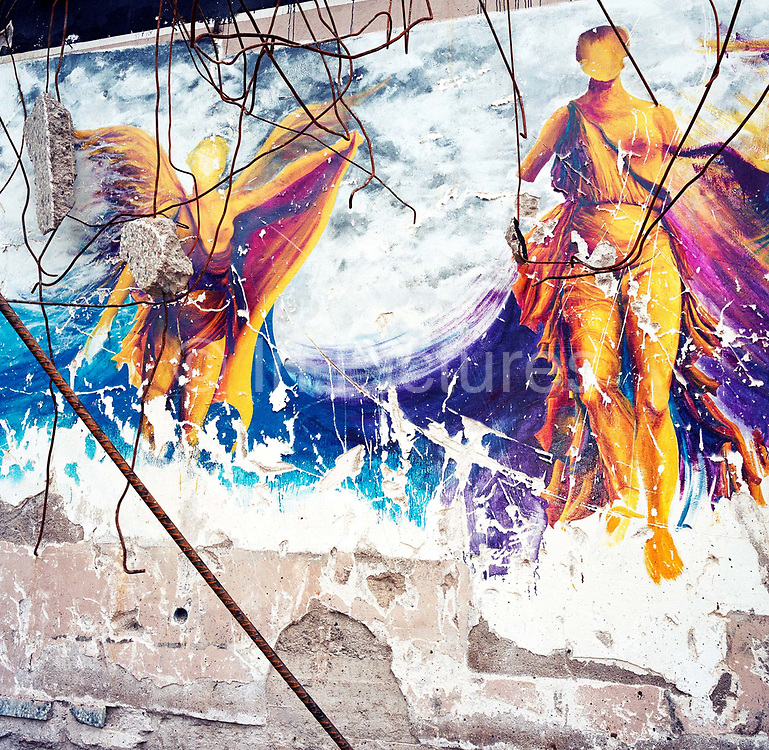