A crowd of Londoners laugh during an afternoon's Punch and Judy show at The Lambeth Show in Brockwell Park, Herne Hill, England. Children of all ages along with parents grin at the out-of-sight puppet entertainment during this public festival of amusements and stalls in London's inner-city. Only one young girl sits unimpressed at the standard of comedy. She sits with her mother looking serious while the kids nearby roar with laughter - hugely involved with the show. From a personal documentary project entitled "Next of Kin" about the photographer's two children's early years spent in parallel universes. Model released. 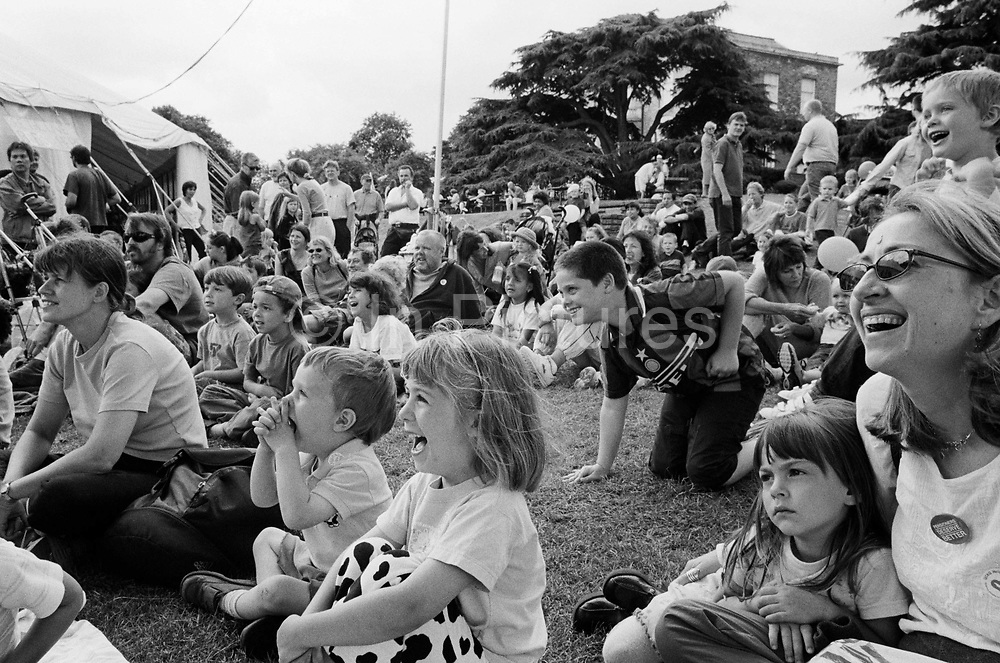