Pedestrians and large construction site on the corner of Wallbrook and Cannon Street in the City of London. As Londoners to and fro, we see the junction of streets in the heart of the capital's financial quarter - also known as the Square Mile - founded by the Romans in the 1st century. These streets still follow their medieval routes, with this section once a busy river Wallbrook tributary that passed downhill on its way to empty into the Thames. The construction project wiull be known as The Wallbrook Building in its own Wallbrook triangle. Minerva are the developers, coincidentally, the Roman Godess of goddess of wisdom and sponsor of arts, trade, and strategy. 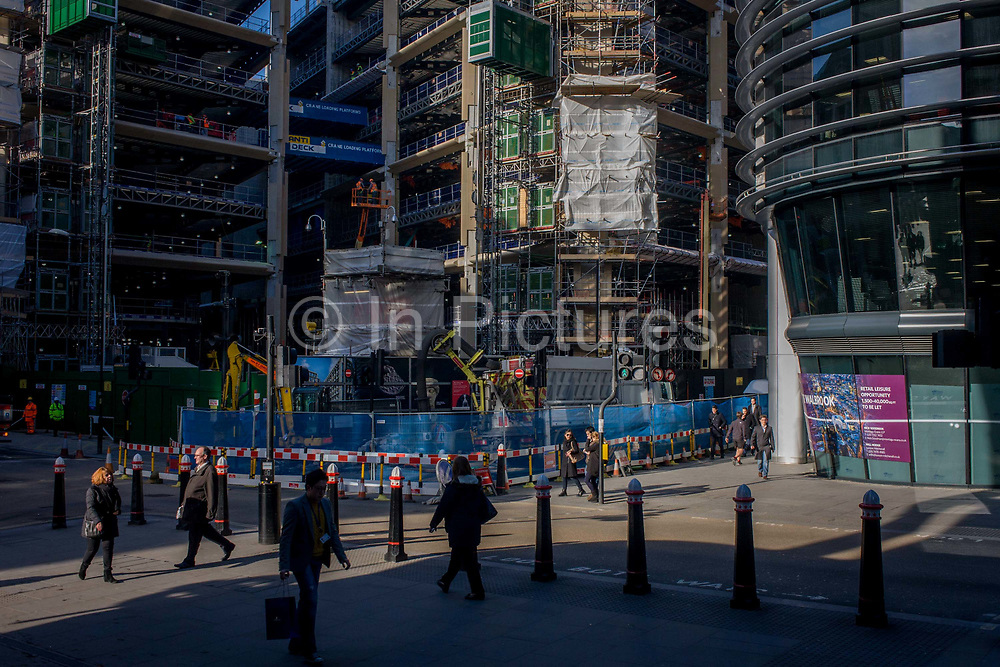