A woman throws a drinks bottle on to a pile of assorted plastic materials awaiting removal from the coastal landscape, having been collected by volunteers from a beach on Holy Island, on 27th September 2017, on Lindisfarne Island, Northumberland, England. The amount of rubbish found dumped on UK beaches rose by a third last year, according to a new report. More than 8,000 plastic bottles were collected by the Marine Conservation Society’s annual beach clean-up at seaside locations from Orkney to the Channel Islands on one weekend in September 2016. The Holy Island of Lindisfarne, also known simply as Holy Island, is an island off the northeast coast of England. Holy Island has a recorded history from the 6th century AD; it was an important centre of Celtic and Anglo-saxon Christianity. After the Viking invasions and the Norman conquest of England, a priory was reestablished. 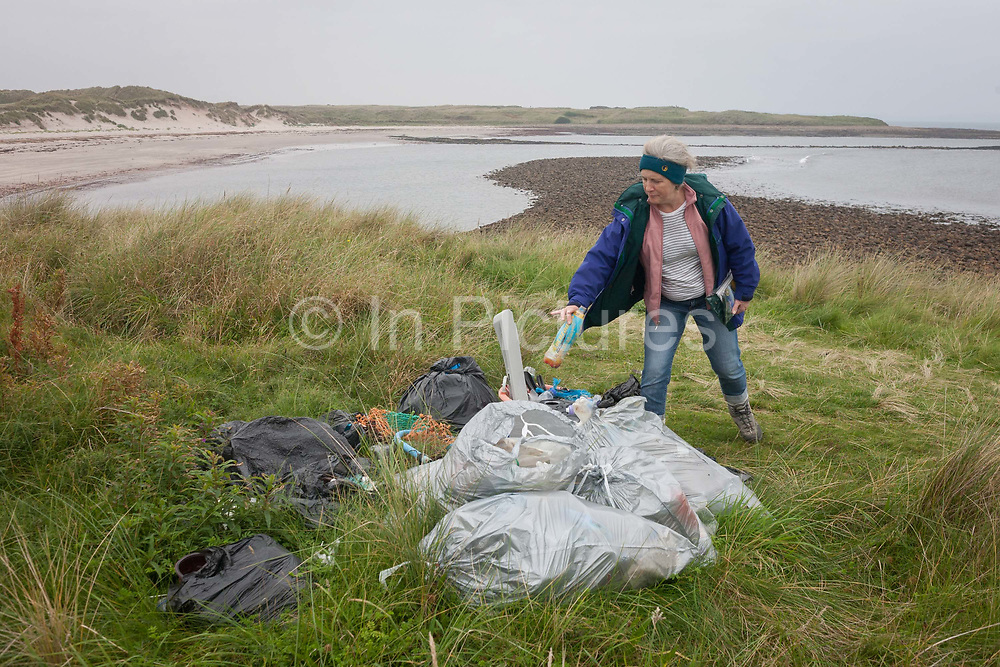