Falun Gong permanent protest opposite the Chinese Embassy on Portland Place, London.Peacefully protest in meditation 24/7 since 2002. A very spiritual demonstration against an oppressive regime. Flun gong claim the following: On July 20, 1999, the Chinese Communist Party (CCP) launched the persecution against Falun Gong. Over the last nine years, 3,168 Falun Gong practitioners have lost their lives, many tortured to death; 75 of them were people in their eighties, and the youngest was only 8 months old. Thousands of practitioners are currently jailed and being tortured in forced labour camps, detention centres and prisons. The CCP even harvests organs from living Falun Gong practitioners for profit. 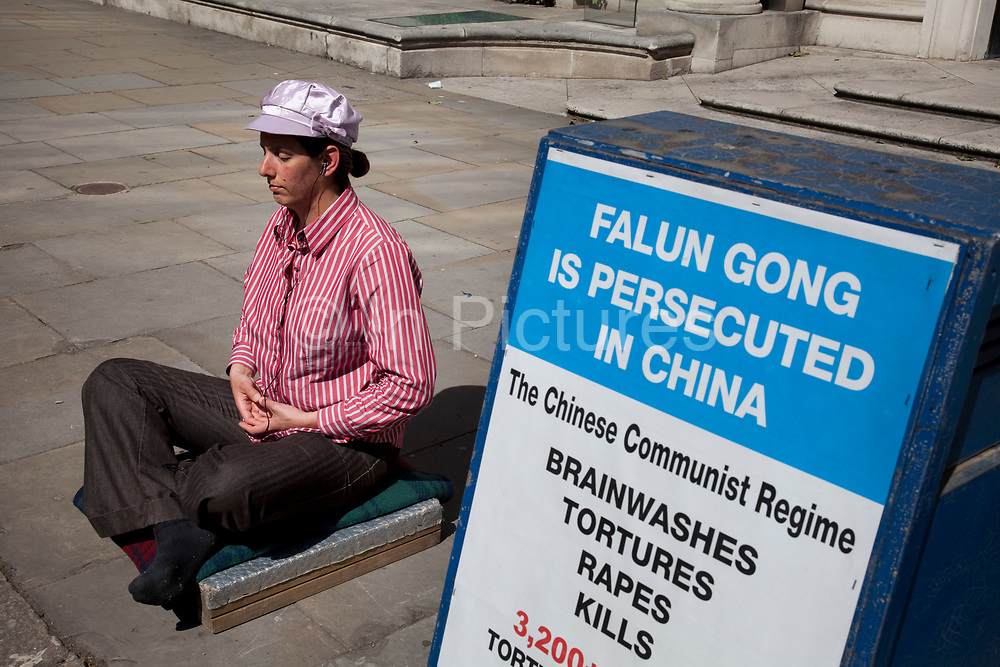