The Odeon of Herodes Atticus is a stone theatre structure located on the south slope of the Acropolis of Athens. It was built in 161 AD by Herodes Atticus in memory of his wife, Aspasia Annia Regilla. It was originally a steep-sloped amphitheater with a three-story stone front wall and a wooden roof, and was used as a venue for music concerts with a capacity of 5,000. Athens is the capital and largest city of Greece. It dominates the Attica periphery and is one of the world's oldest cities, as its recorded history spans around 3,400 years. Classical Athens was a powerful city-state. A centre for the arts, learning and philosophy. 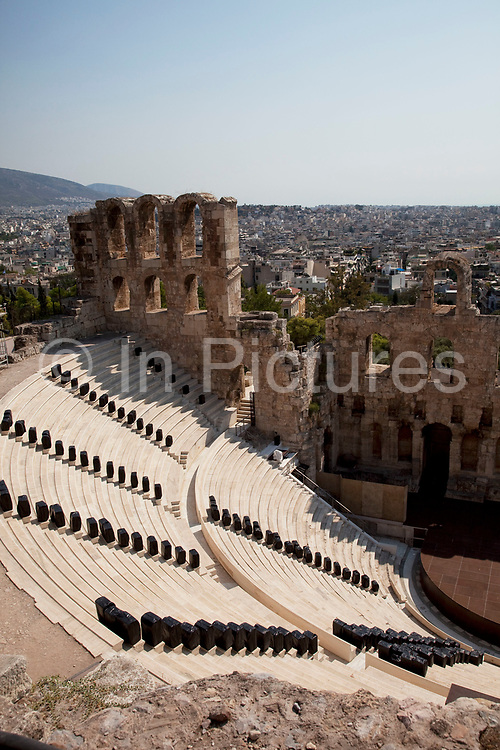