City workers carry office possessions including computer hard drives and files that were damaged by the IRA bomb that devastated the City of London's Bishopsgate area in 1993. Allowed to return to their desks to recover their data and working paperwork, they walk through the ancient streets en route to new emergency office elsewhere in the capital. The Irish Republican Army (IRA) exploded a truck bomb on Bishopsgate. Buildings up to 500 metres away were damaged with one and a half million square feet (140,000 m) of office space being affected and over 500 tonnes of glass broken. Repair costs reached approx £350 million. It was said that Roman remains could be viewed at the bottom of the pit the bomb created. One person was killed when the one ton fertiliser bomb detonated directly outside the medieval St Ethelburga's church. 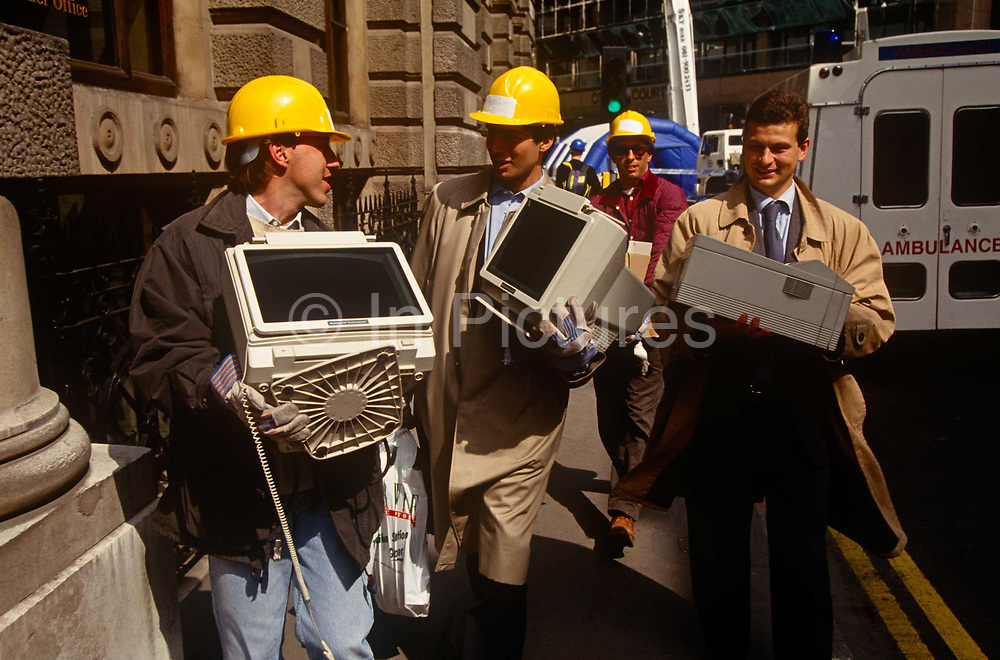