View over the River Thames towards St Pauls Cathedral and the City of London from the Blavatnik Building Viewing Level at Tate Modern art gallery in London, England, United Kingdom. The building, originally Bankside Power Station, was designed by the architect Sir Giles Gilbert Scott. Constructed from a brick shell supported by an interior steel structure, its striking monumental design with its single central chimney, had often led it to be referred to as an industrial cathedral. The 360-degree rooftop viewing deck is one of the headline features of the Switch House – the 64.5-metre-high Tate Modern gallery extension by Herzog & de Meuron, opened to the public in June 2016. 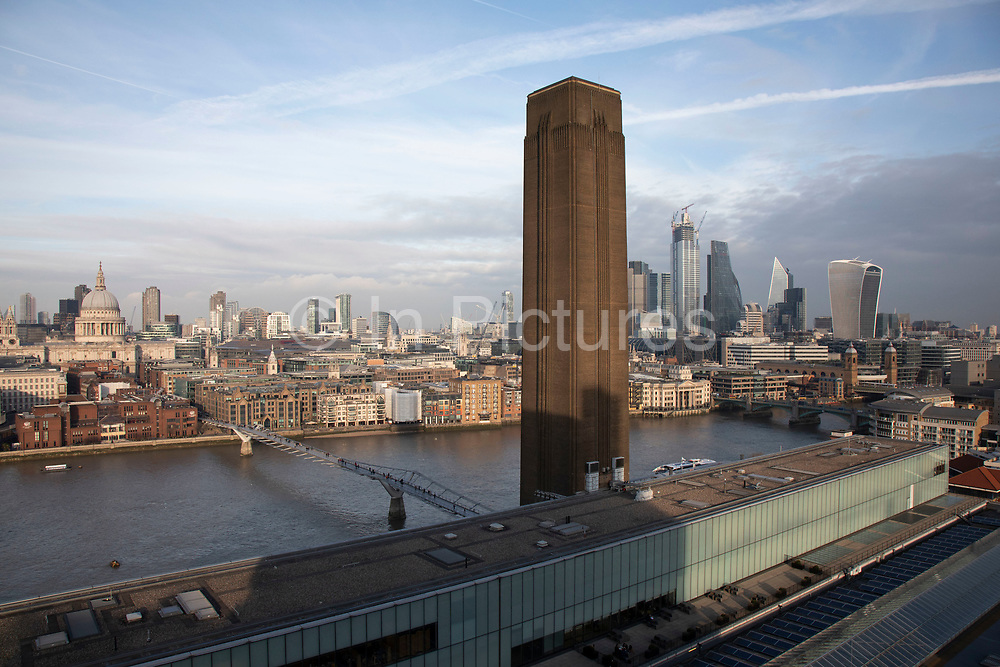