Car workers gather to hear from a union representative during a union meeting during the scheduled rest break in the German BMW-owned Rover production factory in Cowley, Solihull, England. Employees listen to news and employment terms and conditions. Motor car production has taken place at Cowley near the city of Oxford, England for over ninety years. The car factory is known today as Plant Oxford and is now owned by BMW and has been extensively redeveloped. It remains the largest industrial employer in Oxfordshire employing more than 4,300 people. 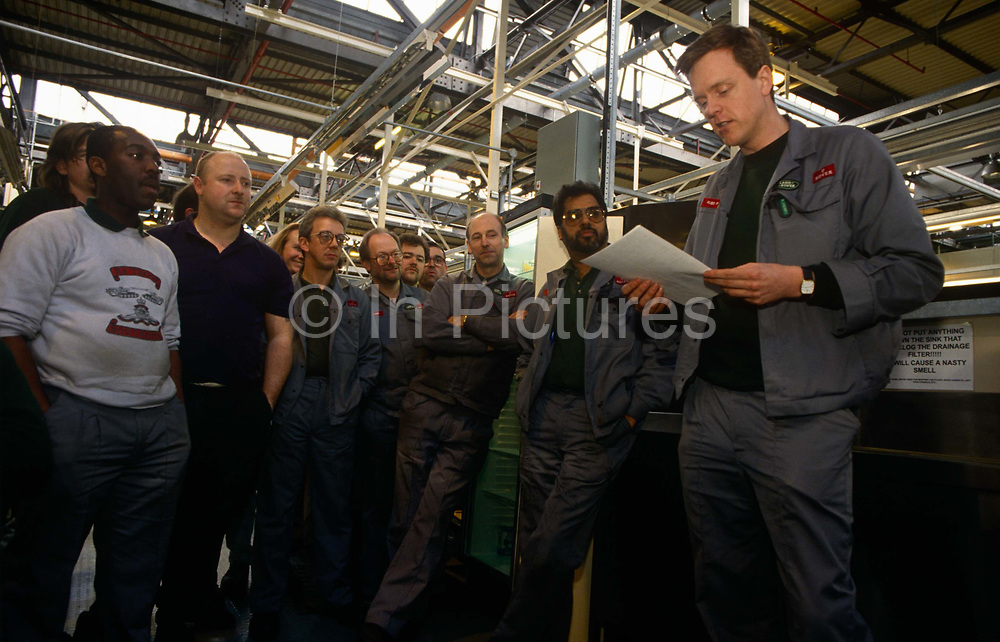